Most people might not see Tenerife as a party island, but there are a lot of fun parties and clubs to visit in Tenerife these days. In this post, you’ll learn more about the nightlife in Tenerife – where you can find great parties during the night but as well daytime and some popular themed parties as well that you cannot miss! If you are looking for any special party holiday packages in Tenerife, contact us here.

Next to Rio de Janeiro, Tenerife is home to the second largest carnival party in the world. Carnival is a big celebration in Tenerife and different kinds of events take place over a duration of a month. Carnaval in Tenerife takes place in the city of Santa Cruz. If you want to visit Tenerife for the carnival, the best time for that is the second half of February when all the main events such as the Queen’s Election Gala, Daytime Carnival and Burial of the Sardine take place. Come and experience the biggest celebration and party in Tenerife!

The weather in Tenerife during the wintertime is still great – usually so good that you might need a New Year’s eve dip in the ocean to cool down! All of the clubs mentioned down below have always something amazing planned for a NYE party in Tenerife. If you are looking for something special and completely different though, check out this private NYE boat trip.

Halloween is celebrated big every year on the island. It’s definitely a party in Tenerife you can’t miss! Click here to find the best Halloween parties in Tenerife.

This boat party departs from the harbour in Costa Adeje and is one of the most popular Tenerife hen party activities. The trip leaves normally 2 times a week (except in the winter) and the boat trip takes 4 hours and includes drinks and great entertainment! More information about the Tenerife party boat trips can be found here.

Down below you will find some of the best clubs in Tenerife. These 3 party areas differ a lot from each other but all promise a great night out in Tenerife. A good thing to know is that the nightlife in Tenerife usually doesn’t really start before 12 in the evening!

This street in Las Americas is known as the party area of Tenerife. You’ll find a wide variety of clubs there. This party area in Tenerife is very popular among tourists and there’s something to do every day of the week!

Papagayo is the biggest pride of nightlife in Tenerife and can also be found in Playa de las Americas. This beautiful club is perfect if you are looking for something more exclusive. The most crowded days are the weekends and they mainly play house music and sometimes techno. But you can also find the club full of locals every Thursday when they play hip hop all night long! 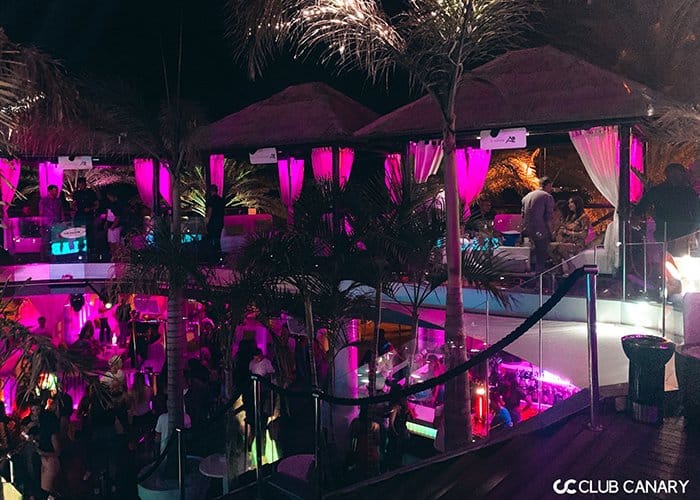