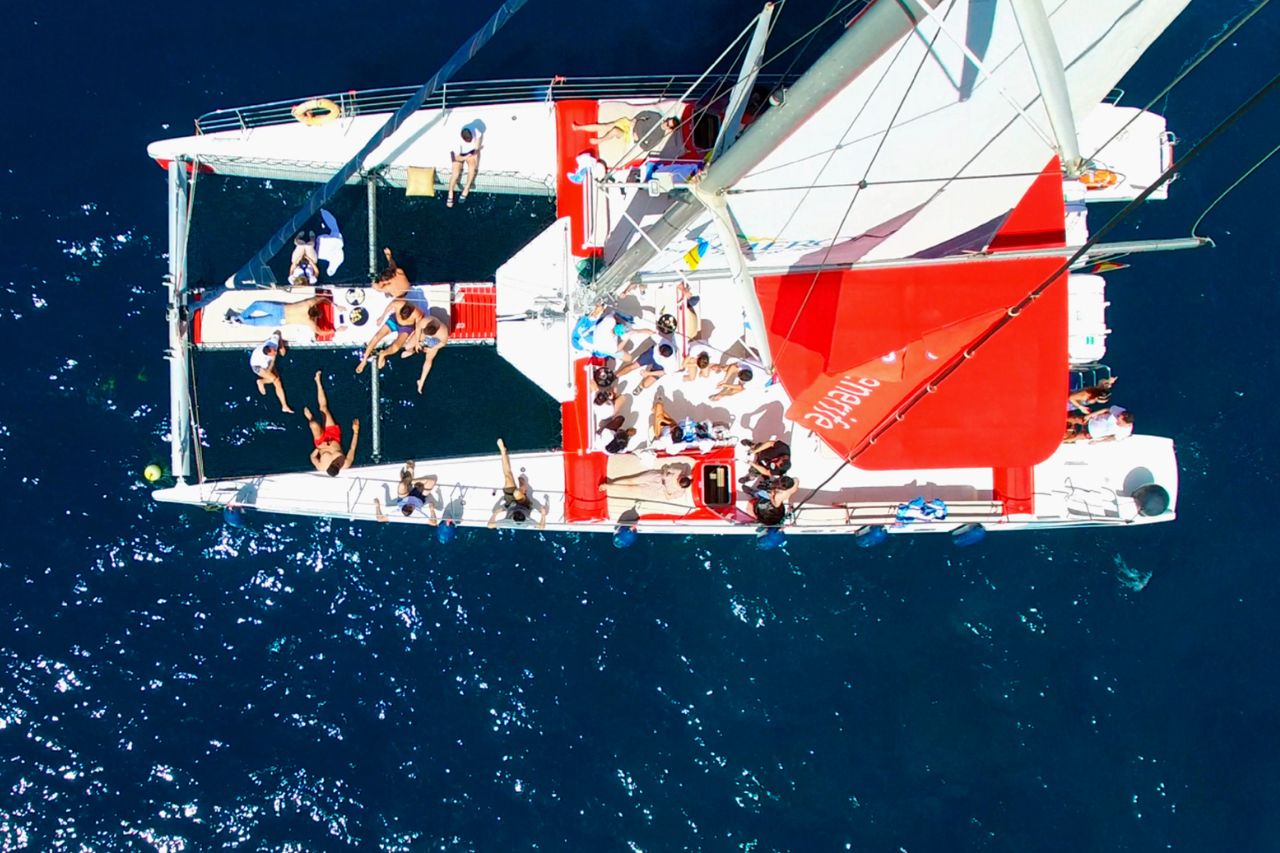 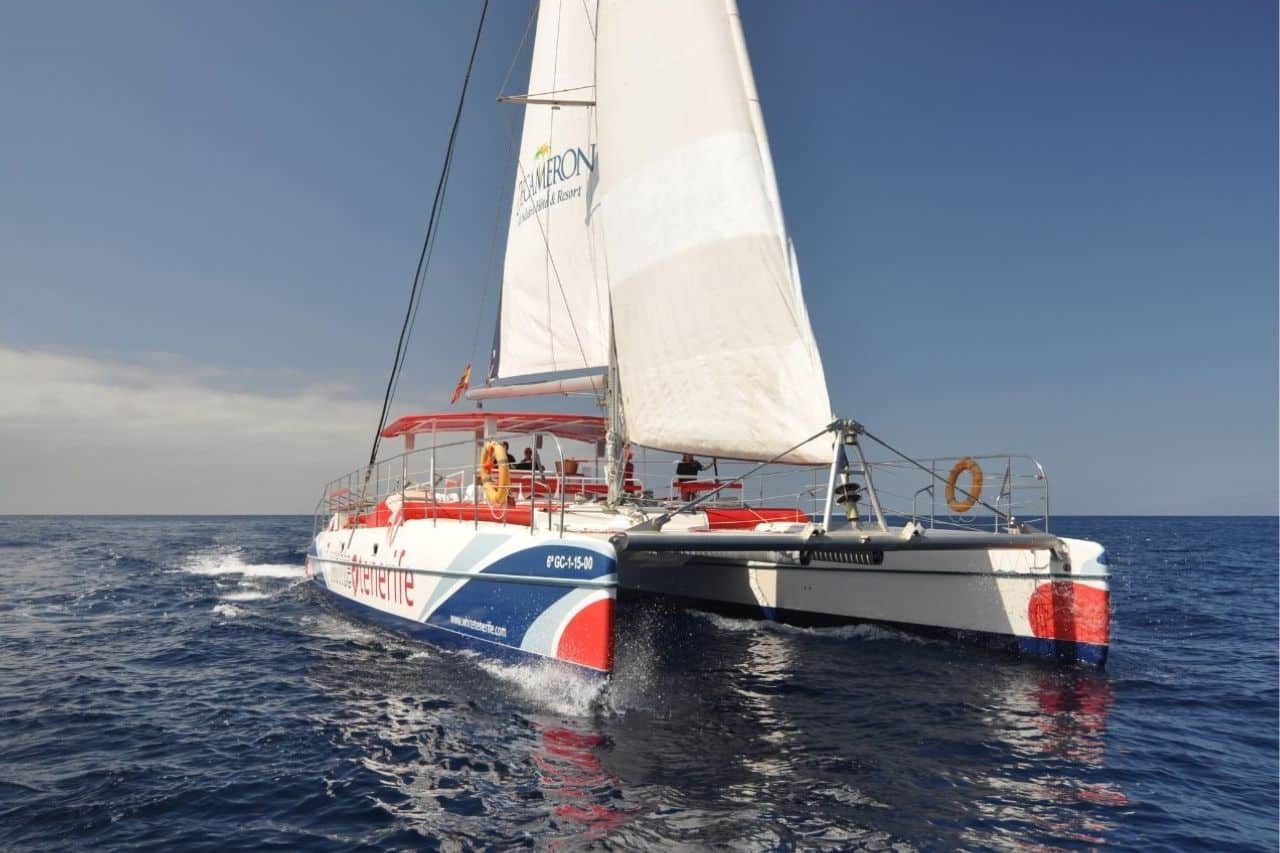 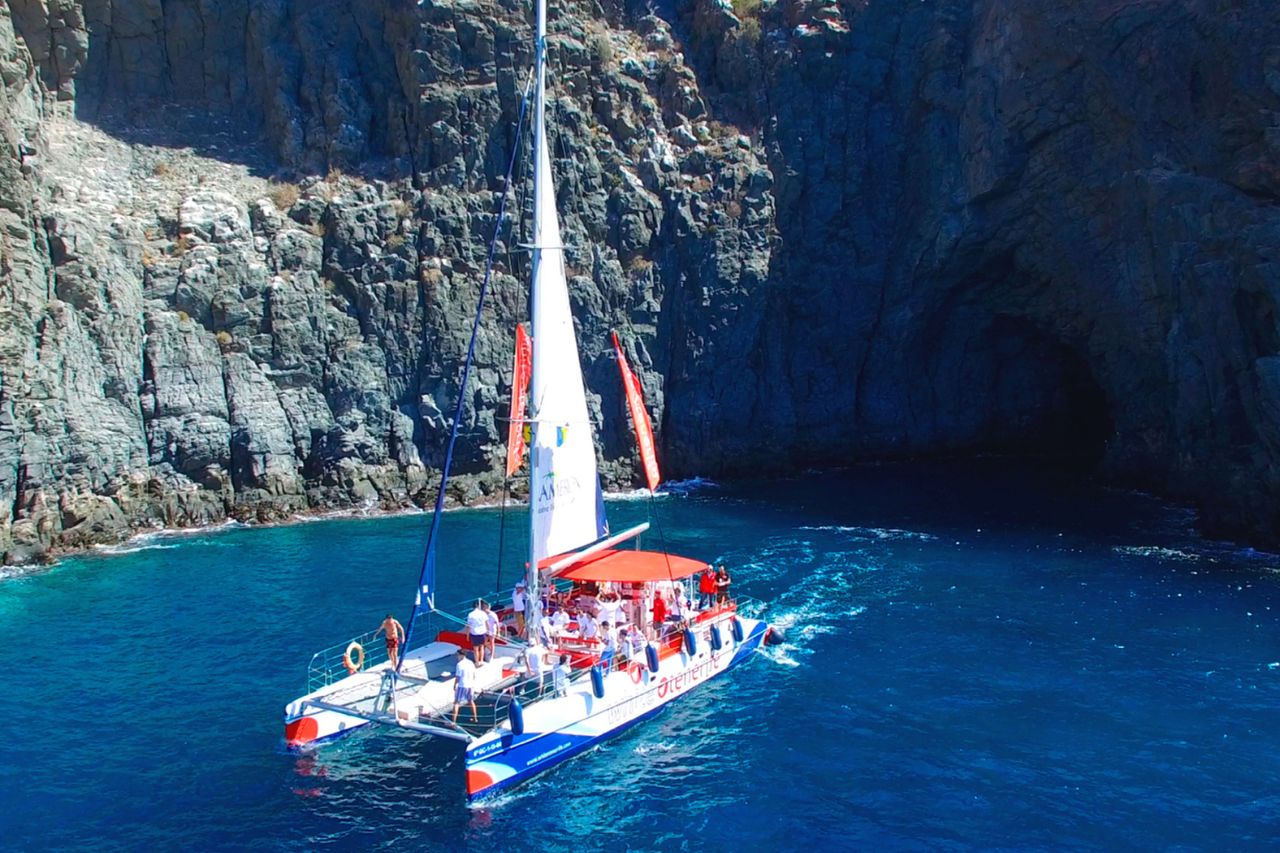 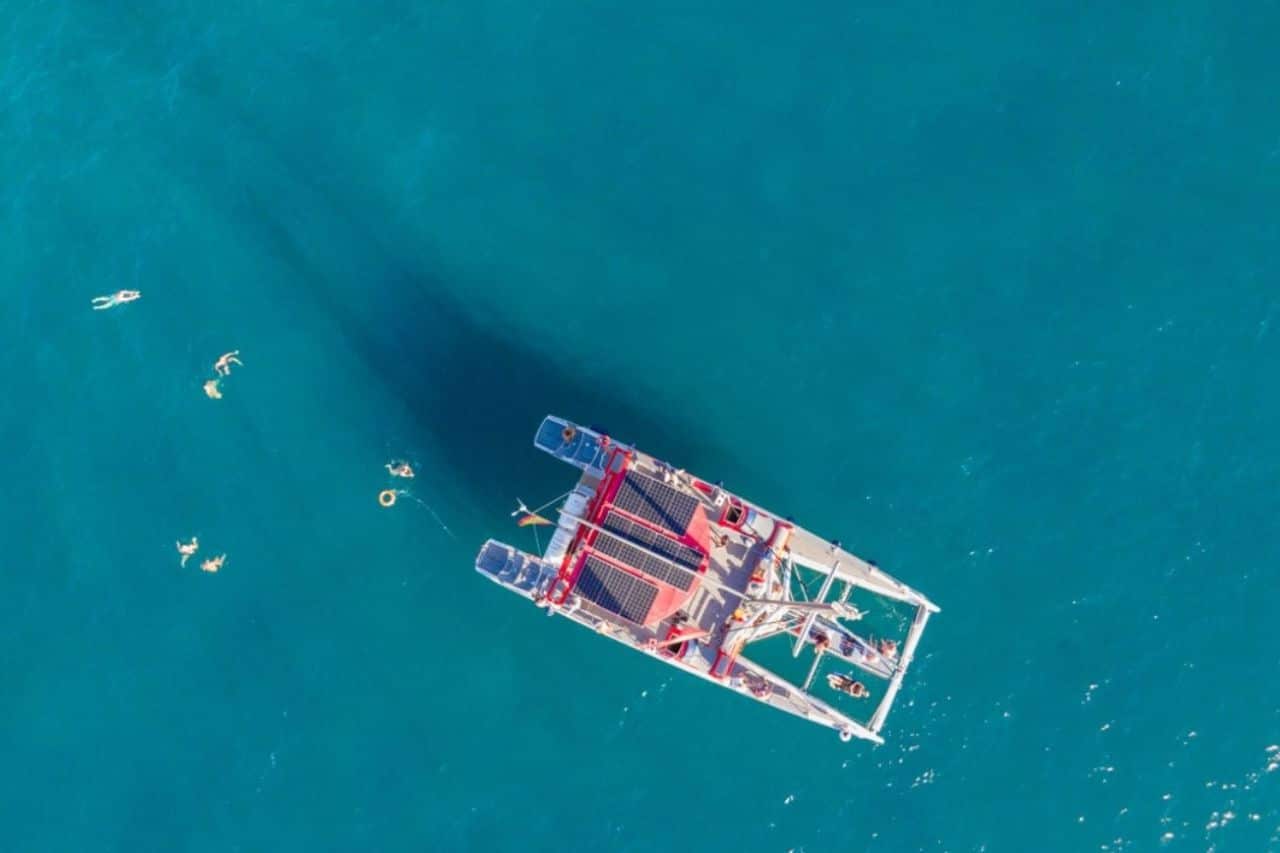 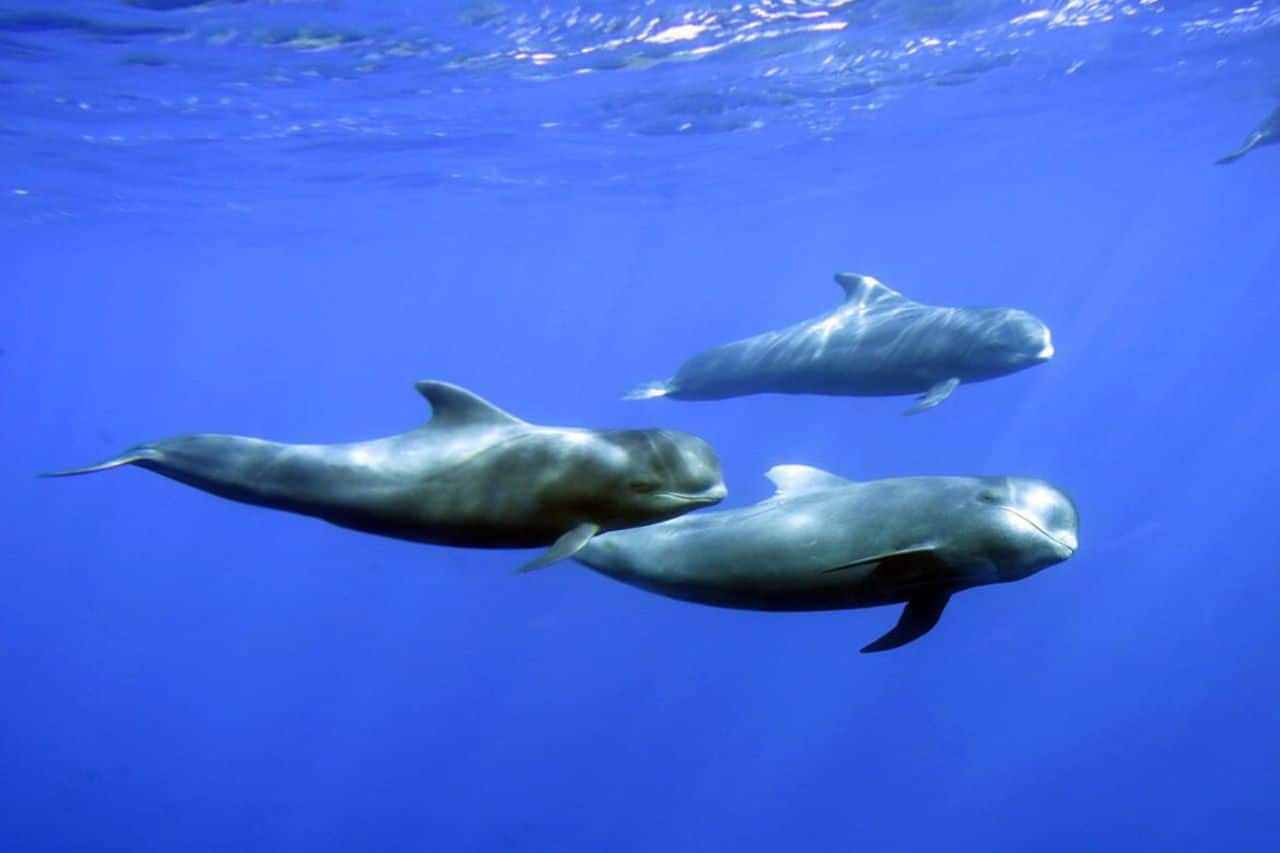 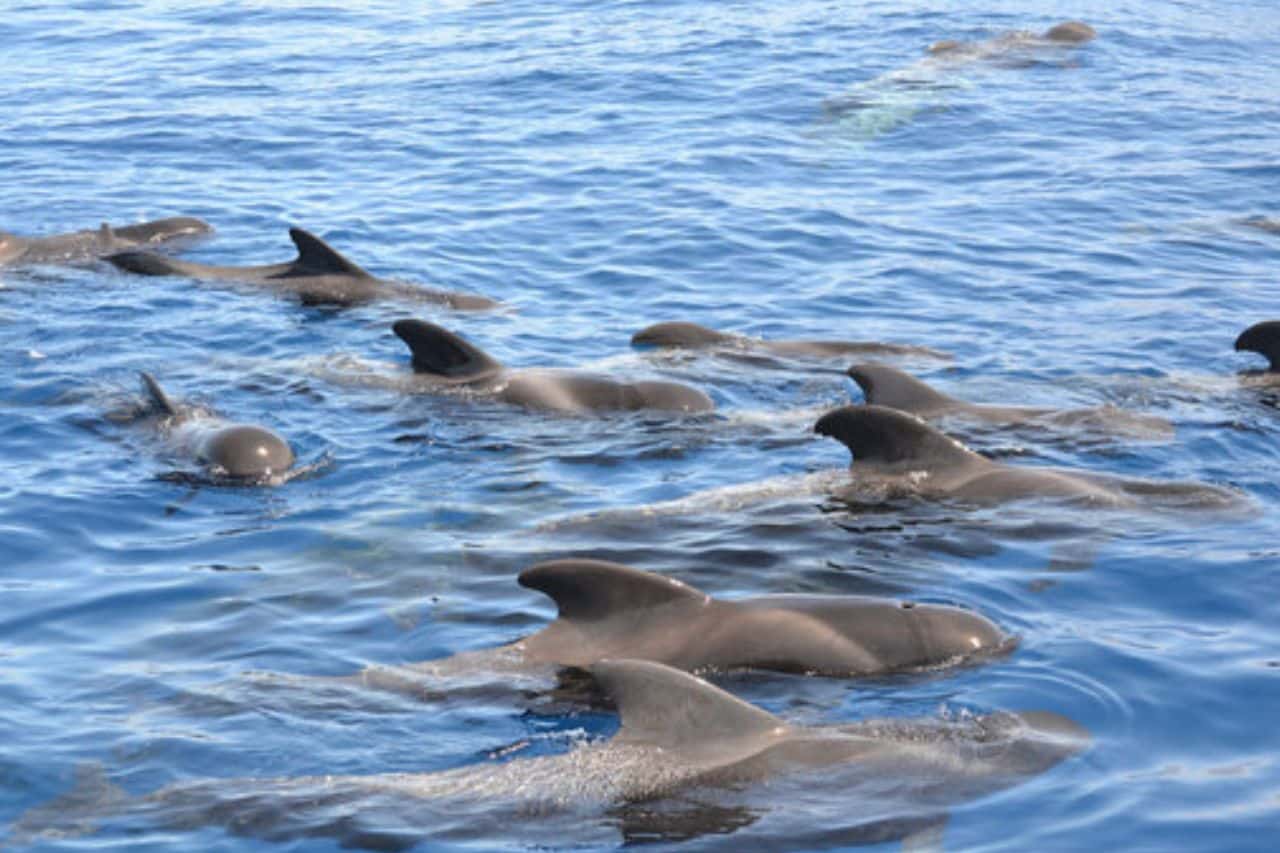 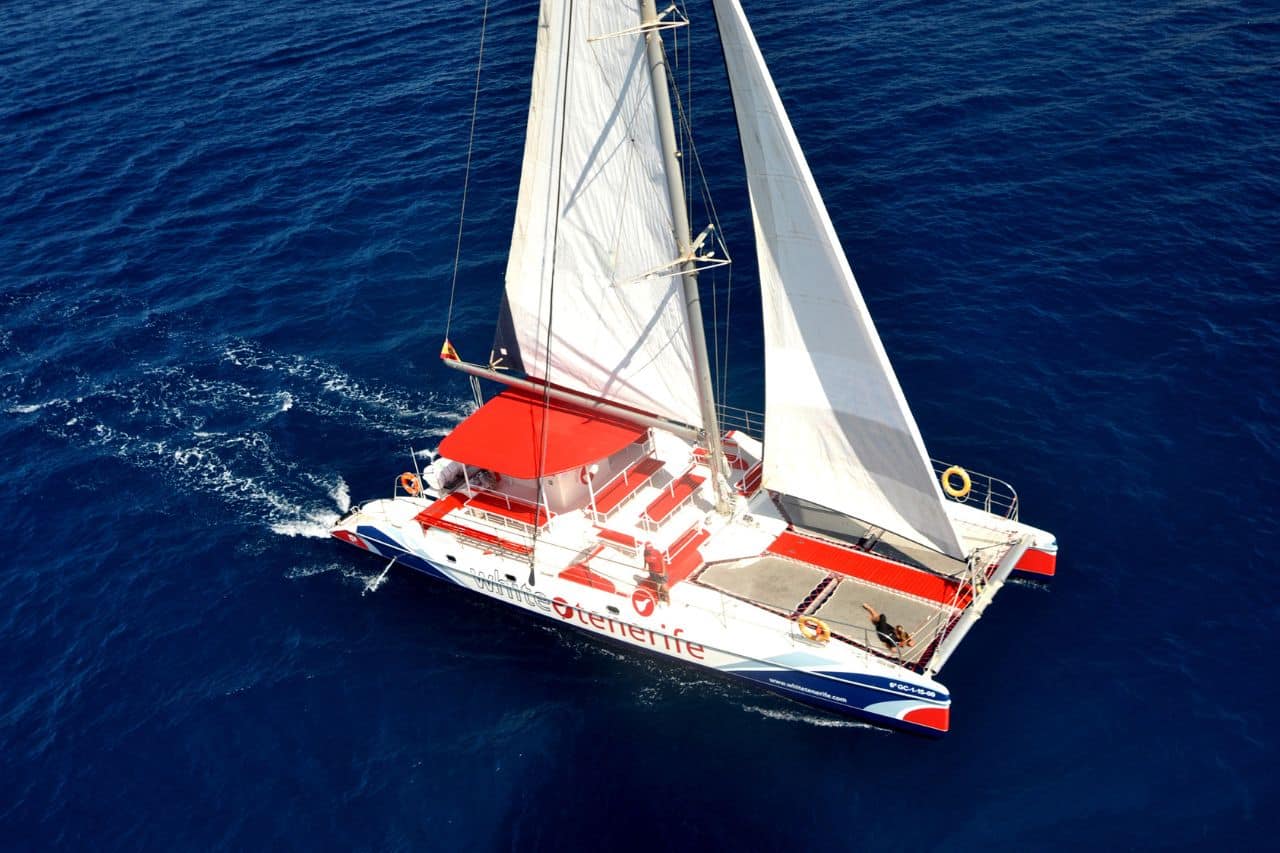 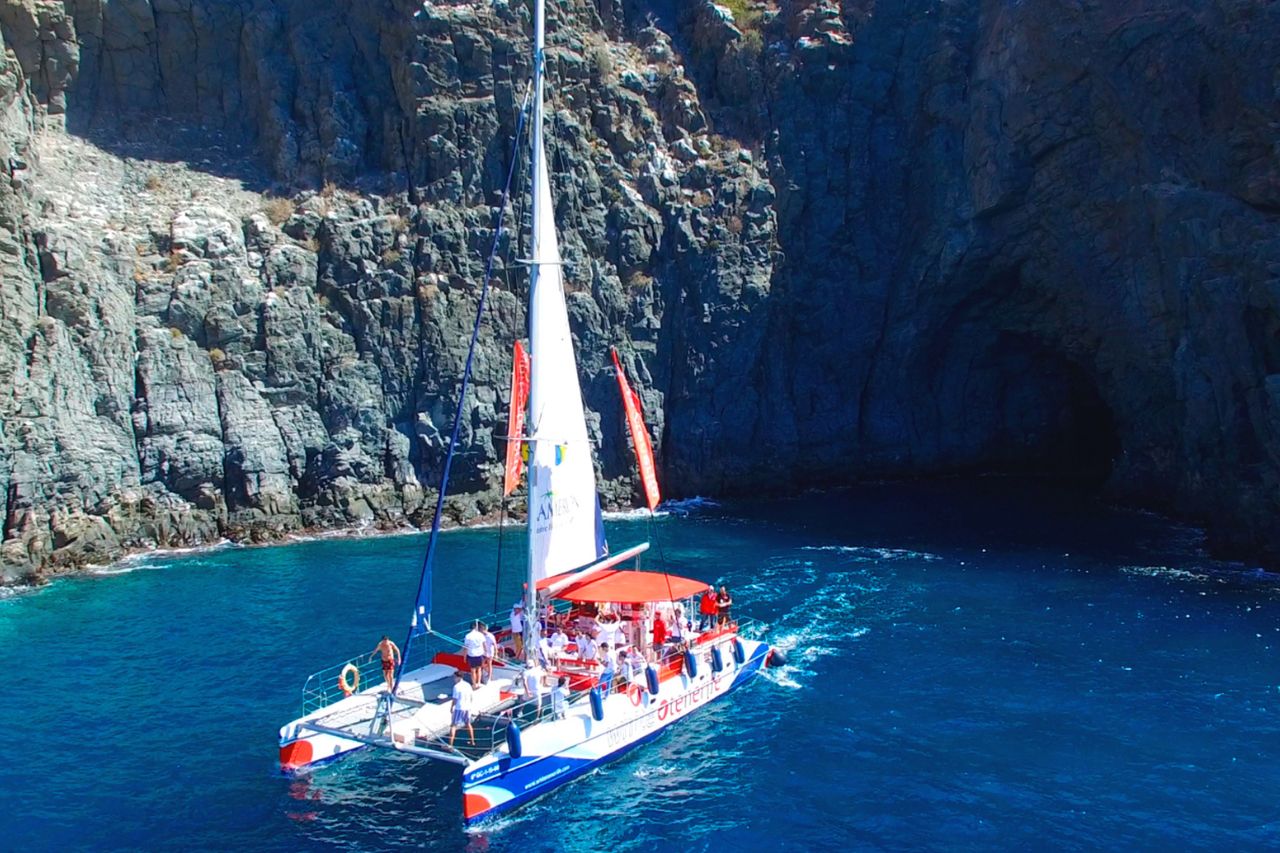 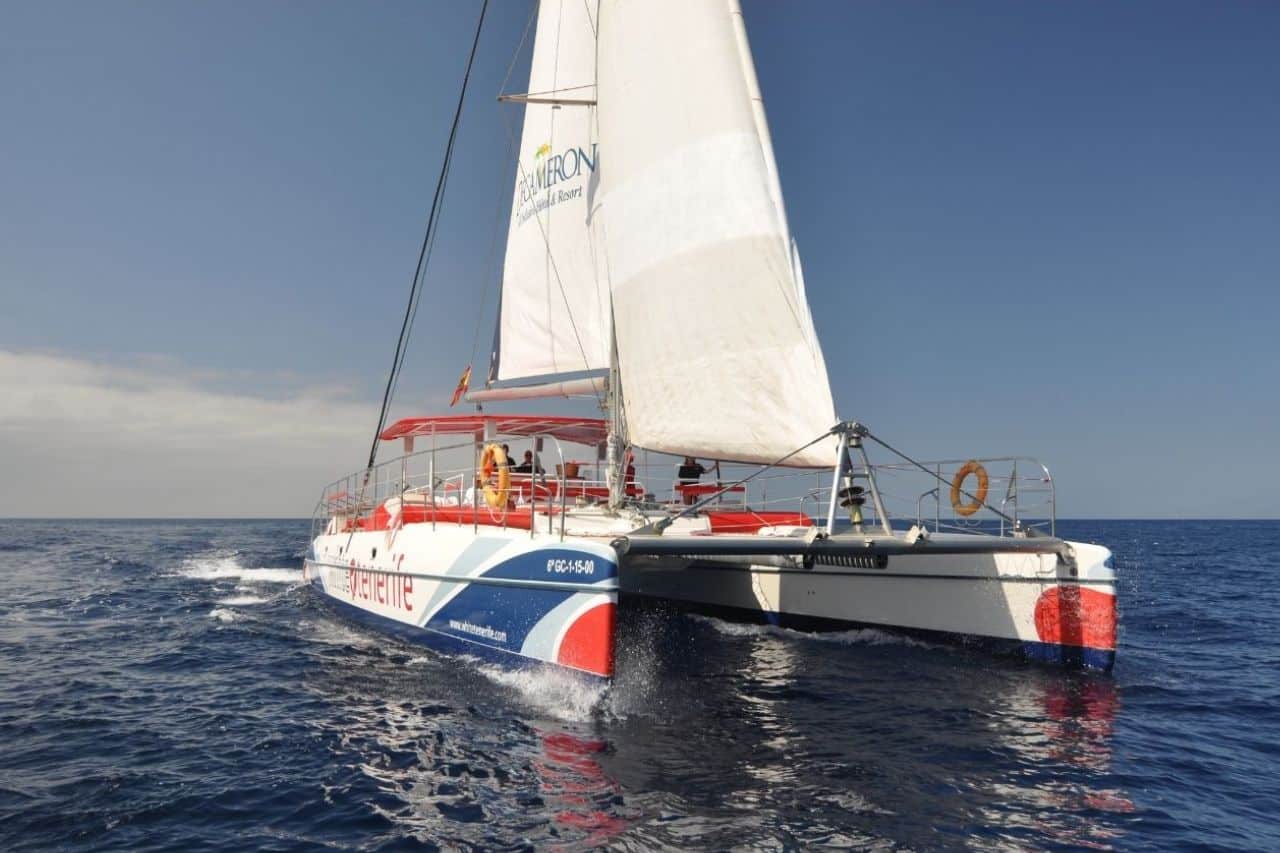 This Tenerife Catamaran tour is rated number 31 of the TOP 40 best things to do in Tenerife. 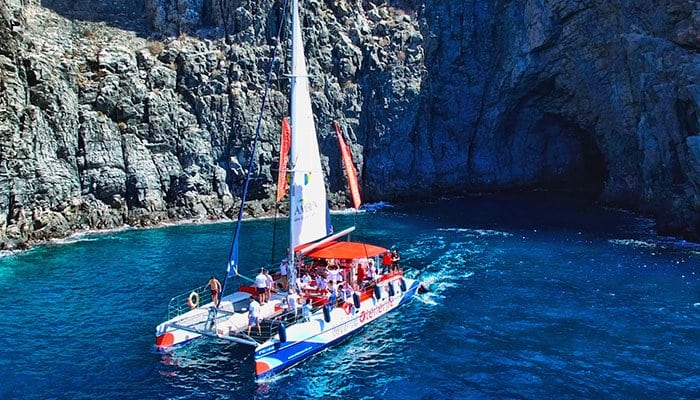 Depending on the duration of the Tenerife White Paradise excursion, you will visit the spectacular cliffs of Los Gigantes and the beautiful bay of Masca. In Masca you will have the chance to stop for a swim in the ocean and some snorkeling fun. You’ll get to see whales and probably dolphins, and you’ll be able to hear their calls clearly thanks to an excellent underwater sound system with speakers on the deck of the White paradise catamaran.

During this 3-hour trip, the Tenerife Catamaran will set sail from the port of Puerto Colon. Once you reach the natural reserve where the pilot whales can be found, the Tenerife whale watching experience will begin. You will have the opportunity to watch and listen to the whales and dolphins. Anchor for a swim and snorkel break in the crystal clear waters (on request). Tenerife White Paradise catamaran also offers a floating carpet for bath time, a fun element for the little ones. A variety of sandwiches and drinks are served on board.

Live the full experience with this 5-hour catamaran trip. After sailing, the whale and dolphin watching will begin, in addition to seeing them in their natural habitat, you will be able to listen to their sounds thanks to an exclusive underwater sound system with speakers on deck. During the 5-hour white paradise tour, you will arrive at the cliffs of Los Gigantes and the bay of Masca.

The unique feature of the long catamaran trip is that you sail past Los Gigantes and eventually arrive in Masca. When the White Paradise catamaran has arrived in Masca, you can enjoy a swim/snorkel break. In addition, you will be treated with delicious paella, along with fruits and drinks. which is included during the Tenerife catamaran tour. In addition to preparing the food, the crew of White Tenerife will give you informative lectures in different languages about the species of marine animals that live in the Teno-Rasca protected area where the excursion takes place.

Only on: Wednesday and Sunday with departure at: 10.30.