The brave first inhabitants of Tenerife

The original settlers of the Canaries called Guanches. Most experts agree that the Guanches arrived in the Canary Islands from Africa in the first or second century BC. These first inhabitants of Tenerife and the other Canary Islands lived in caves and for them this was a great place to stay as it kept them cool in summer and warm in the winter. The Guanches also had knowledge about geometric symbolism and carried out the embalming and mummification of their dead, as well as drilling the skulls of the living. More information can be found in our blog about the mummies and pyramids of Tenerife. 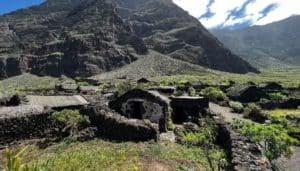 How did the first people arrive in Tenerife

It is still unknown how the first inhabitants of Tenerife ended up on the island, since no evidence has been found to explain how the Guanches crossed the ocean from Africa. Although there is a theory that the Guanches have escaped from pirates or were exiled by their own people and were abandoned or stranded on the Canary Islands. 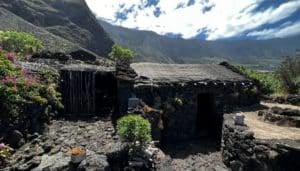 The connection between Atlantis and the Canary Islands 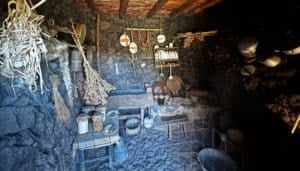 How did the first Canary Island inhabitants look like

Research indicates that the Guanches were very tall, typically between 175 and 188 cm, and that they had bright rosy skin with mainly blond hair and blue eyes. The fact that they lived outside most of the time and lived in caves made the Guanches physically very strong. The first inhabitants of the Canary Islands were seen as very brave, intelligent, dignified, friendly and modest. The Guanches particularly loved singing and dancing, and they enjoyed gambling and contests. However, they were also known for their warmth and their deep respect and love for their families. 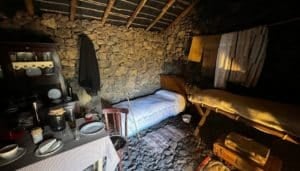 The Spanish began their conquests of the Canary Islands in 1402. The conquests went smoothly and all of the Canary Islands became the territory of the Spanish Empire, with the one exception being Tenerife. Several Guanches tribes were based here, and the man in charge during the conquest named Alonso Fernández de Lugo managed to negotiate with a number of Guanches tribes: Guimar, Abona, Adeje and Anage accepted the peace agreement. But Becomo the leader of Taoro did not accept the offer. And Becomo started a resistance together with the tribes of Tacoronte, Tegueste, Daute and Icod. On 31 May 1494 the first battle took place, known as the first battle of Acentejo. The brave Guanches of Tenerife, nearly naked and armed with spears and stones, defeated the Spanish troops with shields and armor in a Barranco near La Laguna. Almost all the Spaniards were killed, but in an incredible way, Alonso Fernández managed to escape wounded from the battlefield together with a small group. It was said that he gave his red cape to a soldier in order to escape from sight. After having been in contact with the Spaniards, the Guanches had a new problem, since many were infected with the ‘smallpox’ and when Alonso Fernández returned with reinforcements and was better prepared to select a suitable battlefield, the Guanches could no longer stand up against the Spanish’s modern weapons and equipment and in 1496 Tenerife fell into the hands of the Spanish kingdom. After the war, Guanches who happened to participate in the resistance were enslaved and many others retreated into the mountains to shelter there. 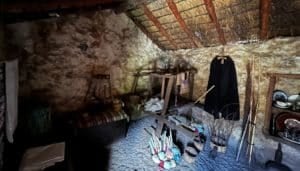 Are there any Guanches left

Since there were a large number of Guanches tribes that remained neutral during the war, many of them simply survived the Spanish invasion and later, many Guanches gathered with a Spaniard, and as a result some of the Guanches characteristics are present among today’s locals. Subsequently, the Canary Islands became a major tourist resort and over the years many different races were blended with each other, making it almost unthinkable that there are still 100% pure Guanches left. 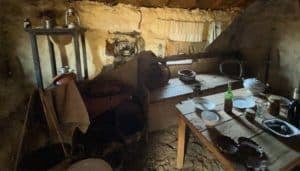 What language was spoken in the past on the Canary Islands

The Guanches did not speak Spanish and their own language was called Guanche, which became extinct after the Spanish invasions except for the names of several places. Furthermore, what is quite interesting is that you still can find the legendary whistling language called: Silbero Gomera back on the canary island La Gomera. It is known that this whistling language was created by the Guanches and that it was used in La Gomera, Tenerife, Gran Canaria and El Hierro. During the Club Canary La Gomera day trip they will explain to you more about it and even entertain you with an excellent demonstration. Nowadays the main language in the Canary Islands is Spanish with a dialect that was formed by the mix of different races, also you can discover some truly unique Canarian words and some fun examples from this website. 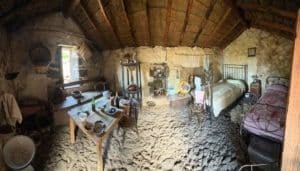 How did the different areas of Tenerife obtain their names

The former inhabitants of Tenerife are still daily remembered. Have you ever noticed the name Tinerfe? This is a reminder of the history of Tenerife, since Tinerfe was the name of one of the former Guanche kings. Tinerfe had nine children and after his death (estimated around 1390) there was a lot of quarrel about how the island would be divided between them. That is how nine territories emerged across Tenerife, each ruled and called after one of the sons of Tinerfe. The map on the bottom shows the results.

The different territories in Tenerife 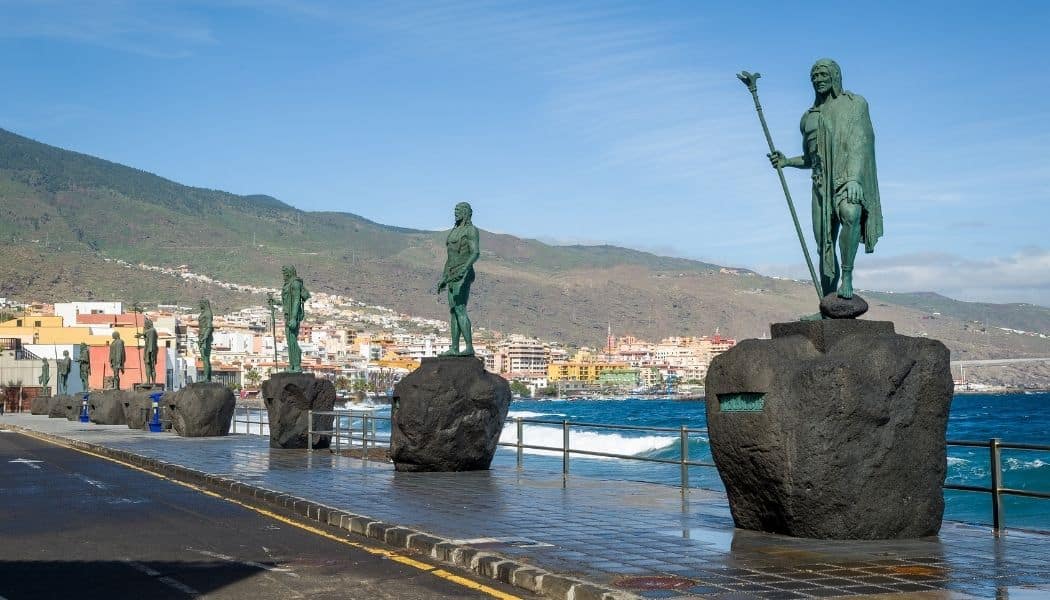 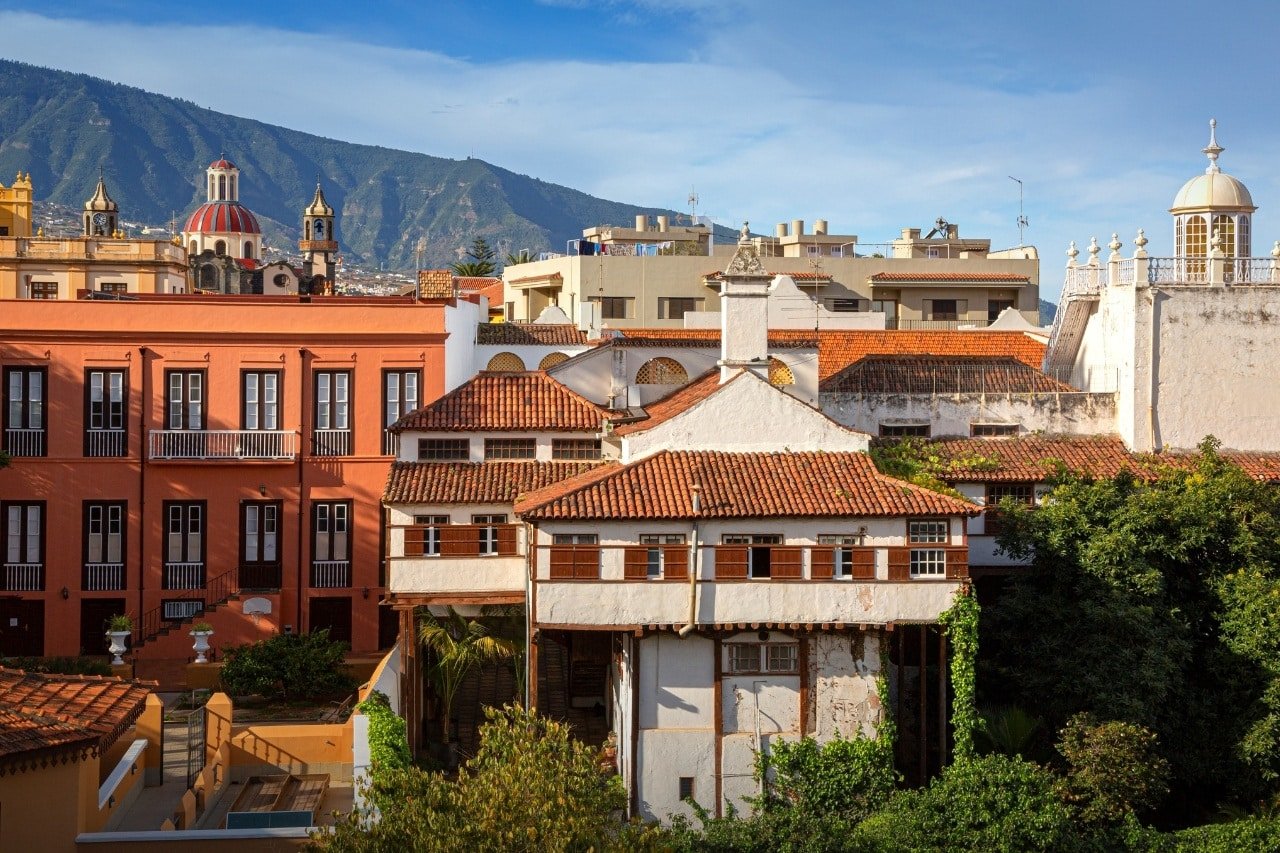 Book by paying a deposit of 18€.
Discount for groups of 11 or more.
Temporary 10% discount included.
New 2022 Tenerife bus tour
Departs around 08:00 hrs.
Entire tour takes about 9 hours.
Tuesday and Thursday only.
Pick up at or near your hotel.
Comfortable modern coach.
Visit Candelaria.
Visit La Laguna.
Visit Garachico and its natural pools.
Visit the village of Masca.
Tour guide in your language.
Comprehensive tour of the island.
24-hour free cancellation policy.
Bus tour with best price guaranteed.
Top to combine with Teide stargazing tour.
View all pickup location and times here

Tenerife island bus tour is rated number 28 of the TOP 40 best things to do in Tenerife.

Best things to do in Tenerife
Back to home
Tenerife Guanches