Browse our website, to find the best Black Friday deals

The Three Kings parade of Tenerife in 2022 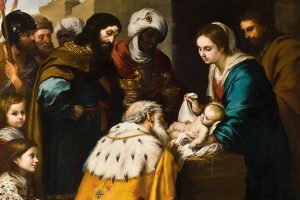 The Day of the Three Kings is also known as Dia de Los Reyes in Spanish. The celebration of the Three Kings’ Day may very well be the most popular celebration for young and old people in Spain and other Spanish-speaking cultures. This annual event takes place after the New Year, although most people have already finished the Christmas period, people from Spain and other Spanish-speaking cultures are still waiting for their gifts. They receive their presents on the 6th of January, 12 days after Christmas. In the days in between, until 5 January, children write letters to the Three Kings asking for presents. The day before Three Kings Day is a day for parades all over Spain, also in Tenerife there are beautiful parades about which you can read more below. One evening before 5 January the children leave their shoes at the door in the hope that the Three Kings will leave presents during their nightly visit.

Why unpack gifts after Christmas

On Christmas Day many children get a small present or two, but the big day for presents is on January 6 or during Three Kings Day.

This tradition originated because Jesus was visited 12 days after his birth by the wise men who brought him presents. The tradition is rooted by this story and that is why the Three Kings come 12 days after Christmas to offer presents to children.

As every year, the Three Wise Men or “Los Reyes Magos”, as they are called in Spanish, return to Tenerife on the 6th of January. Their names are Melchior, Gaspar and Balthasar. Below you will find the 3 biggest parade locations of Tenerife. But all over the island of Tenerife different towns organize their own festivities for the 3 kings. It is a really nice event to attend when you are in Tenerife, so don’t miss it!

The parade of Santa Cruz

Watch the parade in Los Cristianos

There will also be a Three Kings event held in Los Cristianos in the south of Tenerife around 17:15 to 19:30. Children will have the opportunity to give their letters to the Three Kings, where they usually write down their wishes for gifts. This will take place outside the ”Centro Cultural Los Cristianos” and will be followed by a parade through Los Cristianos.

Visit Garachico and watch the parade

Garachico is well known for having one of the most beautiful natural swimming pools of Tenerife. The village is also visited during a selection of Tenerife bus tours that Club Canary offers. But on the 6th of January you will also find some great 3 kings activities and even a parade at this cosy place. Visiting this town to first relax by the natural pool of Garachico and afterwards watching the parade would be a great day excursion.

1 thought on “The Three Kings parade of Tenerife in 2022”