This is the amount you pay to reserve your place/date. The deposit, in this case, is a portion of the total amount to be paid and therefore will not be returned after the Jet Ski trip. 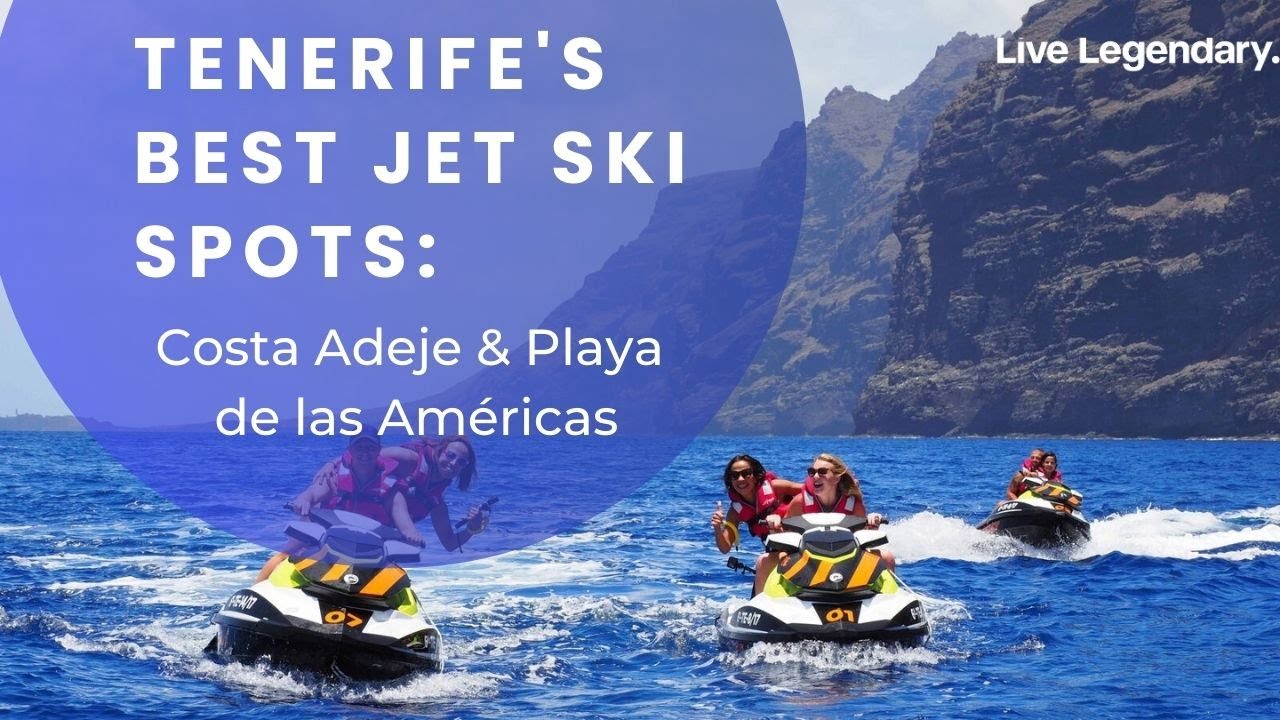 Can you go on a jet ski safari when you are pregnant?

If you are pregnant for just a few weeks you can ride a jet-ski, but still it’s not recommended. It’s a very dynamic activity that can stress the body of a woman.

Can you hire jet ski in Tenerife?

Nowadays, jet-ski rental in Tenerife is no longer allowed. Some years ago it was possible, but after problems caused by customers such as disrupted boat traffic, disturbed wildlife, etc. they preferred to avoid renting jet-ski, offering the valid alternative of a safer Jetski Safari.

How old do you have to be to ride a jet ski?

Children from the age of seven may ride together with an adult that has to be with them for all the duration of the activity, while you can ride your own jet-ski from the age of 16 without any permission.

Do you need to wear a wetsuit?

Wetsuits are not necessary, a normal swimsuit is enough. You can also wear sunglasses and a t-shirt if you want to avoid getting sunburnt.

How to drive a jet ski?

Jet Skis are very easy to drive, you have a throttle to speed up and to slow down you just have to release it.

Our jet skis are the brand new model SeaDood GTI 130, fast and secure. They have 130hp, but they are locked to reach a maximum of 50/60km/h. This is still tremendously fast on the open ocean, to have serious fun and fly over waves. A higher speed is not allowed without a boat license. And even though you have a boat license the jet ski company will not give you the faster key due to safety reasons.

What is the maximum weight allowed per jet ski?

A jetski, whether single or double jetski, can handle a weight of 220kg, maximum two people.

Where to jet ski near me?

How many people are allowed on a jet ski in Tenerife?

In some countries it is allowed to jet ski with 3 people at a time. In Tenerife this is not allowed, a double jet ski (2 people sharing a jet ski together) is the limit. No exceptions are made in this.

Can you spot dolphins while jet skiing?

If you are lucky you can spot some dolphins because they are very curious animals, but the main goal of the activity it’s not to encounter wildlife and we try our best to not disturb them. If you would like to do some whale-watching you can reserve with us a boat trip, 100% whale-sighting guaranteed: https://clubcanary.com/tenerife/whale-watching-atlantic-star-costa-adeje/.

Can you get sick on a jet ski?

It is very difficult to get sick on a jet-ski, that’s why this activity is also recommended to people who suffer from sea sickness. In any case, try not to eat anything during the two hours prior to the activity.

Can you cruise fast during the safari?

If you prefer more action you can stay behind your group, slow down, then speed up and drive a bit faster. Remember to hold the necessary distance from the other jet-ski as your safety is our biggest priority.

Can you take a go pro with you on the jet ski?

You can take a GoPro with you if you want, but be aware that the guide on the motorboat will be there to capture amazing photos of you riding the jet-ski that you will be able to purchase for only 20€ after the activity.

Only for people who will not be picked up

*Specifications my differ from model shown

A private jet ski trip in Tenerife is the ideal option for groups of friends, large families or company outings. During this private jet ski tour, jet skis will be reserved only for your group. This means that no other tourists go along. You can feel the adrenaline discovering the incredible south coast of Tenerife.

In this one-hour private jet ski tour, you will have the opportunity to explore the open waters in the south of Tenerife. You should keep your eyes peeled during this excursion, since it is possible to see dolphins swimming very close to you.

This is the most recommended jet ski tour. The time pass quickly when you are having such an amazing experience. 2 hours is more than enough to fully enjoy this private jet ski tour. The whole group will never forget this unique experience in Tenerife.

The latest and fastest jet ski models will be driven during this private tour. You can drive the jet ski more than 60 kilometers across the coastal waters of Tenerife south. During this tour, you will be accompanied by a guide in a motorboat to make to ensure that this is a safe activity.

Additionally, the guide will also be in charge of taking some pictures of you driving the jet ski. This photos will give you an incredible upgrade on your Instagram feed. Moreover, you will have plenty of time to swap between riders. So, everyone can experience the adrenaline of driving a jet ski.

For this private jet ski trip, the jet ski company will pick you up from your hotel in. the south of Tenerife. Then, they will bring you to Las Galletas harbor. Here you will start your 1 or 2 hours tour along the stunning south coastline. When the experience is over, you will take your photos and you will be taken back to the hotel.

Yachts for hire in Tenerife