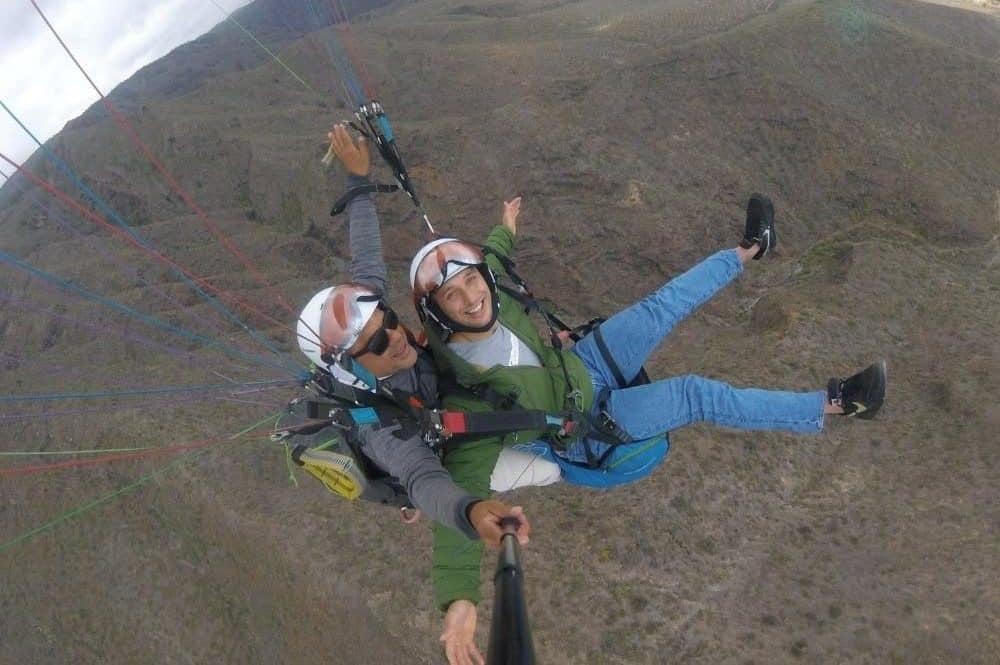 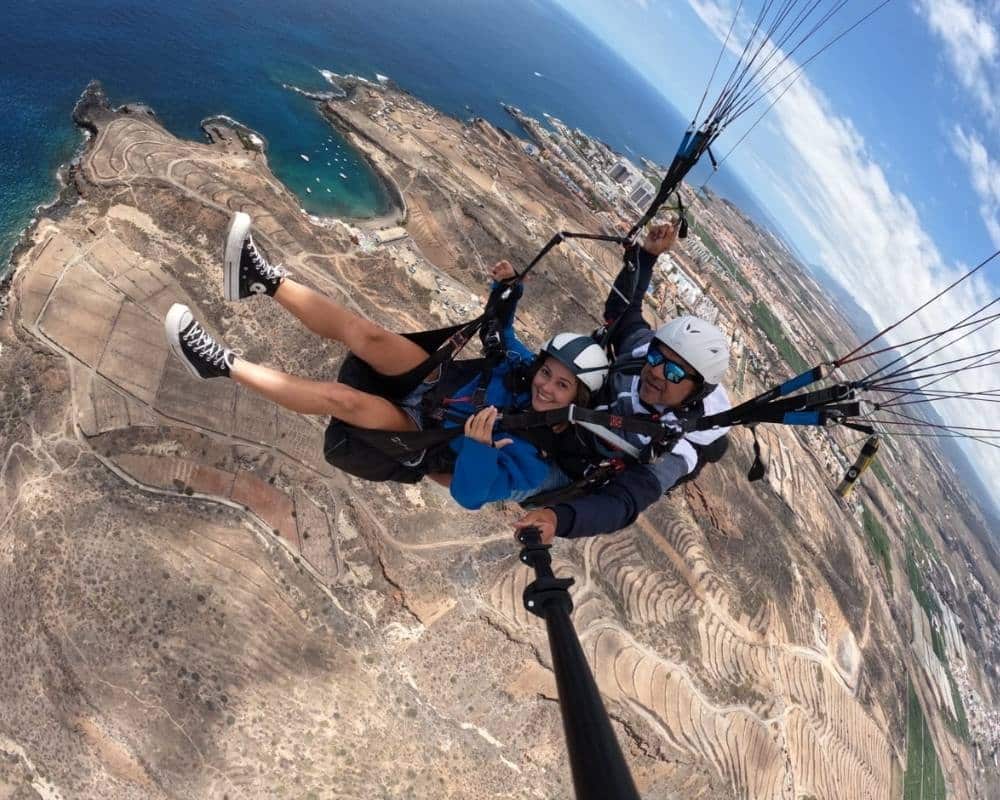 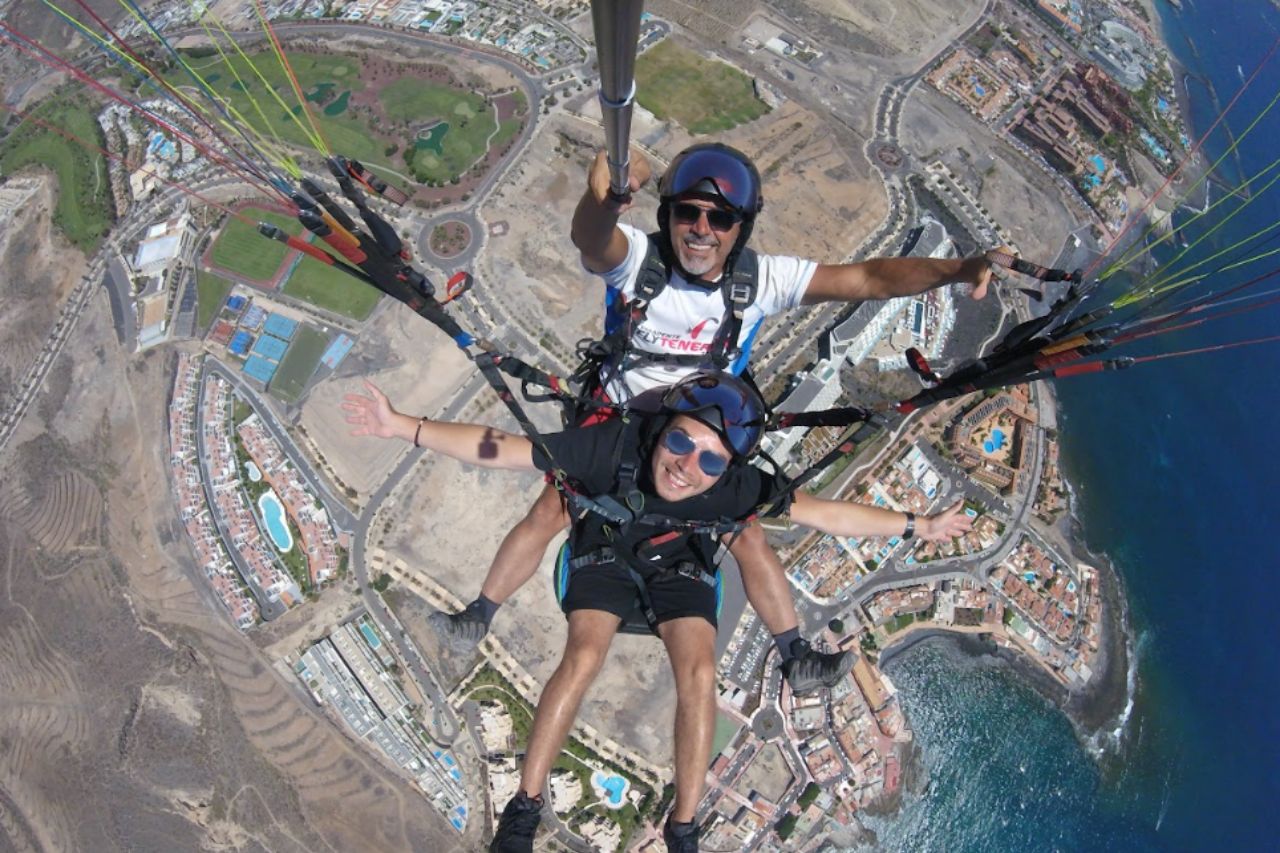 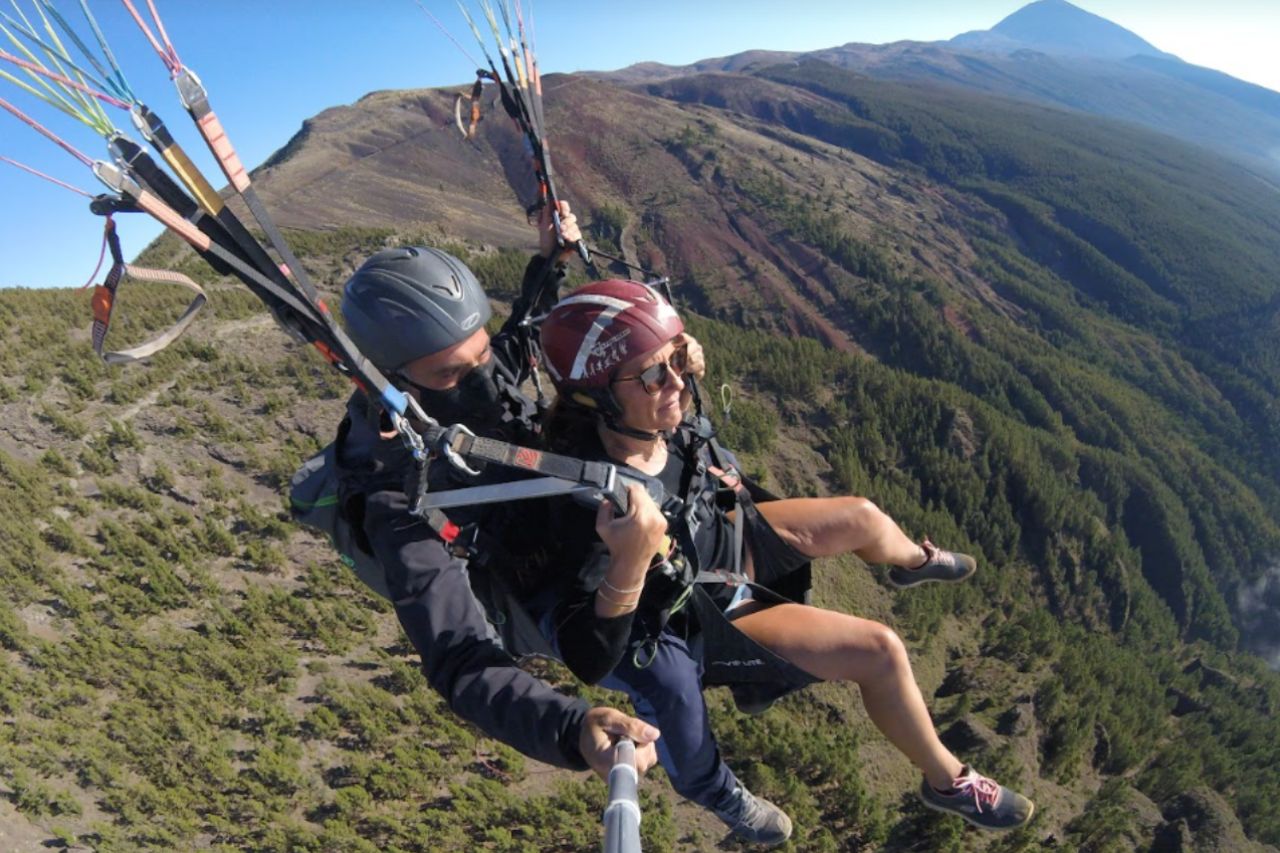 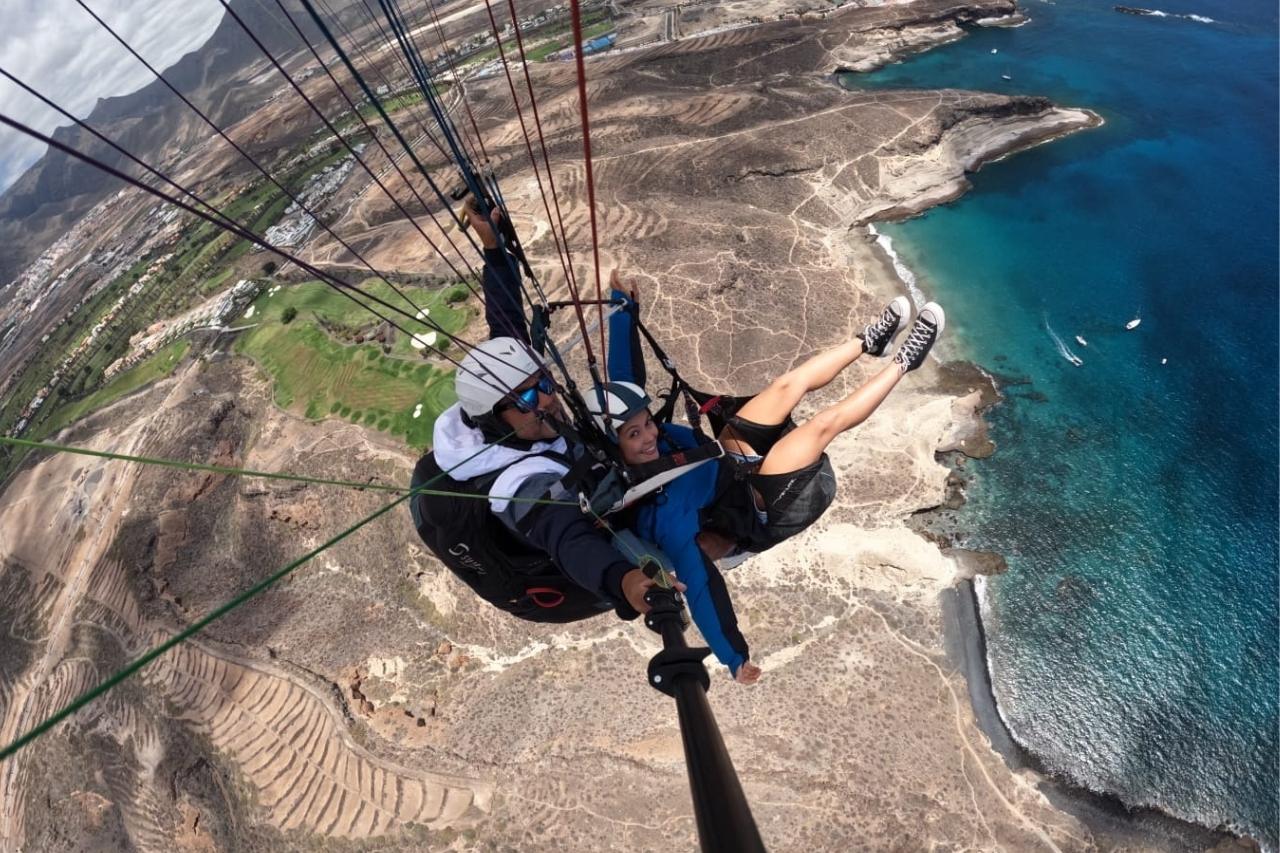 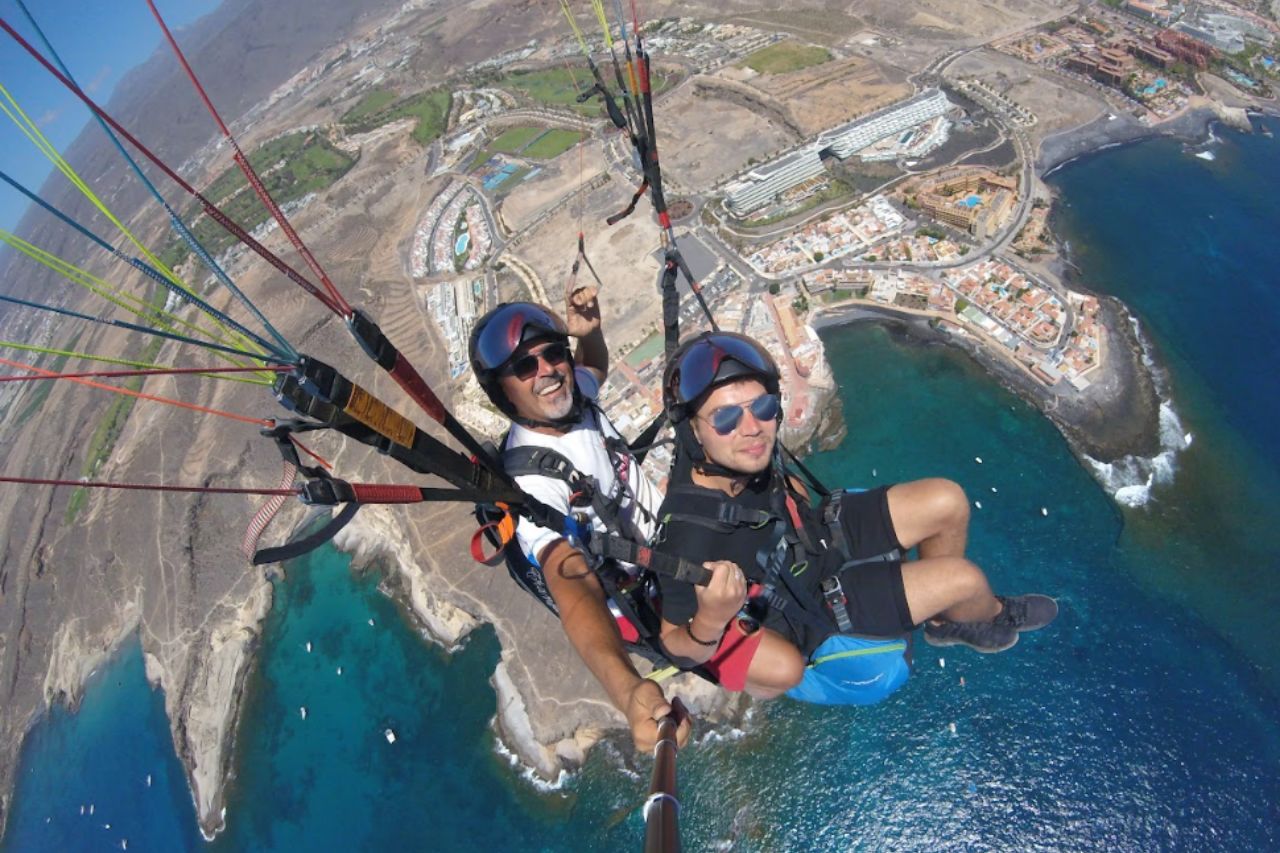 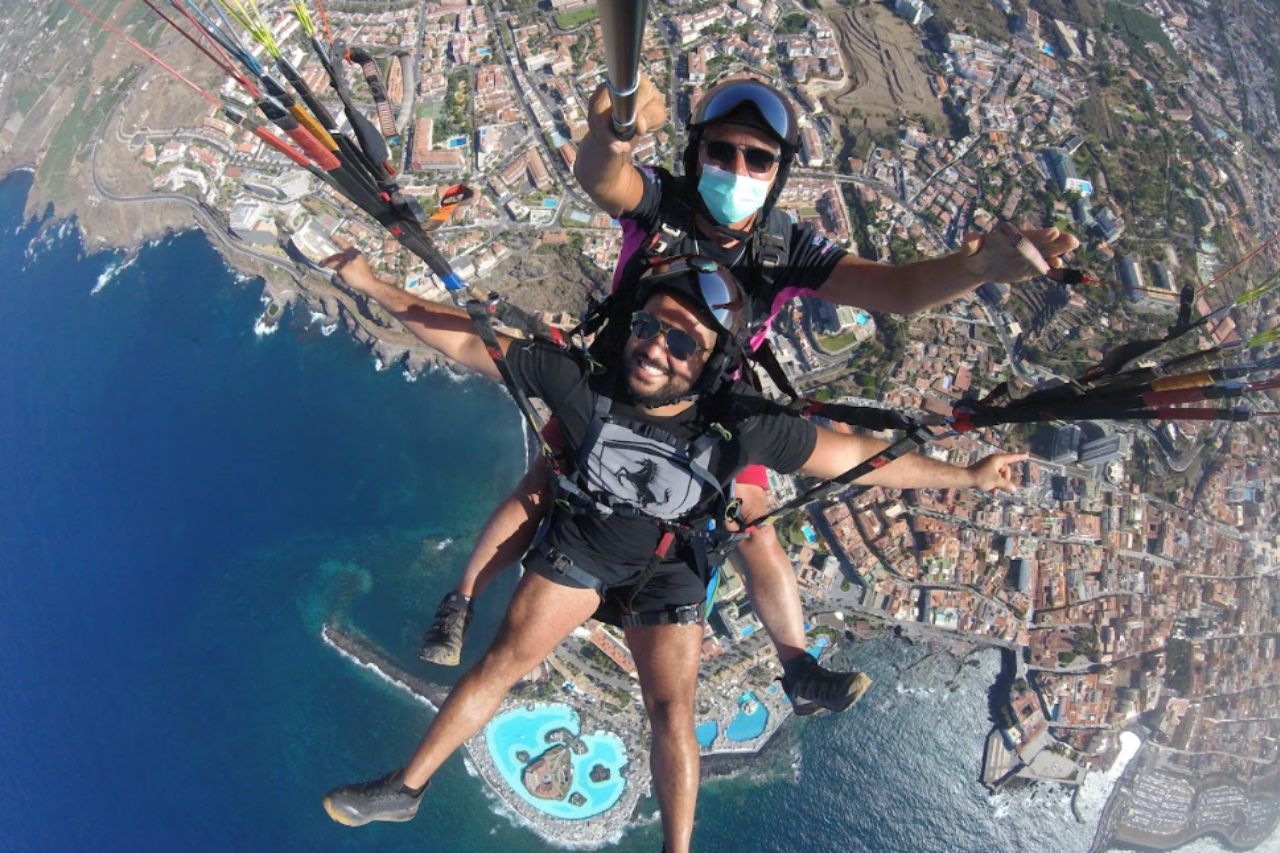 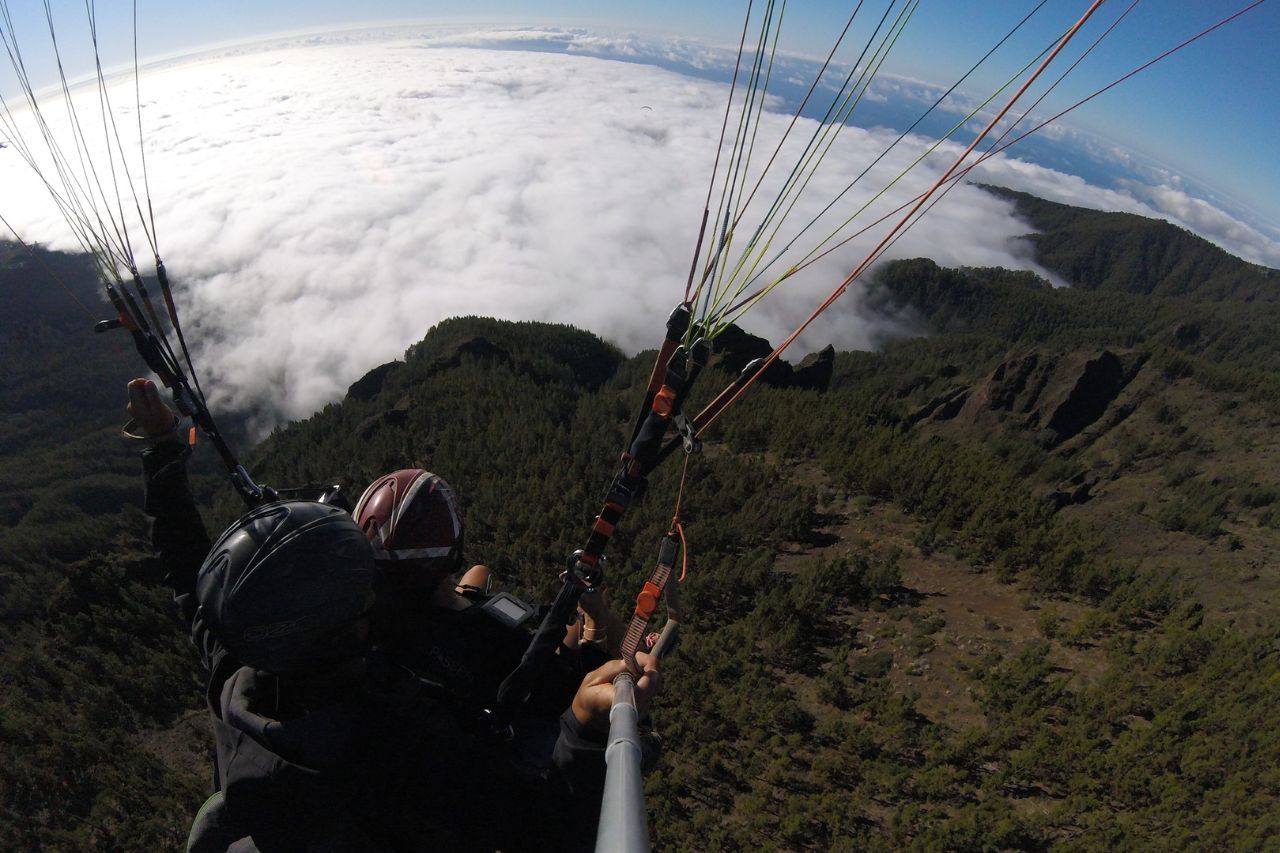 This is the amount you pay to reserve your paragliding date. The deposit, in this case, is a portion of the total amount to be paid and therefore will not be returned after the activity.

The remaining amount to be paid is noted as Arrival. You will pay this on the day of your booked experience, to the paragliding guide. This can be done in cash or via card unless your ticket states otherwise. 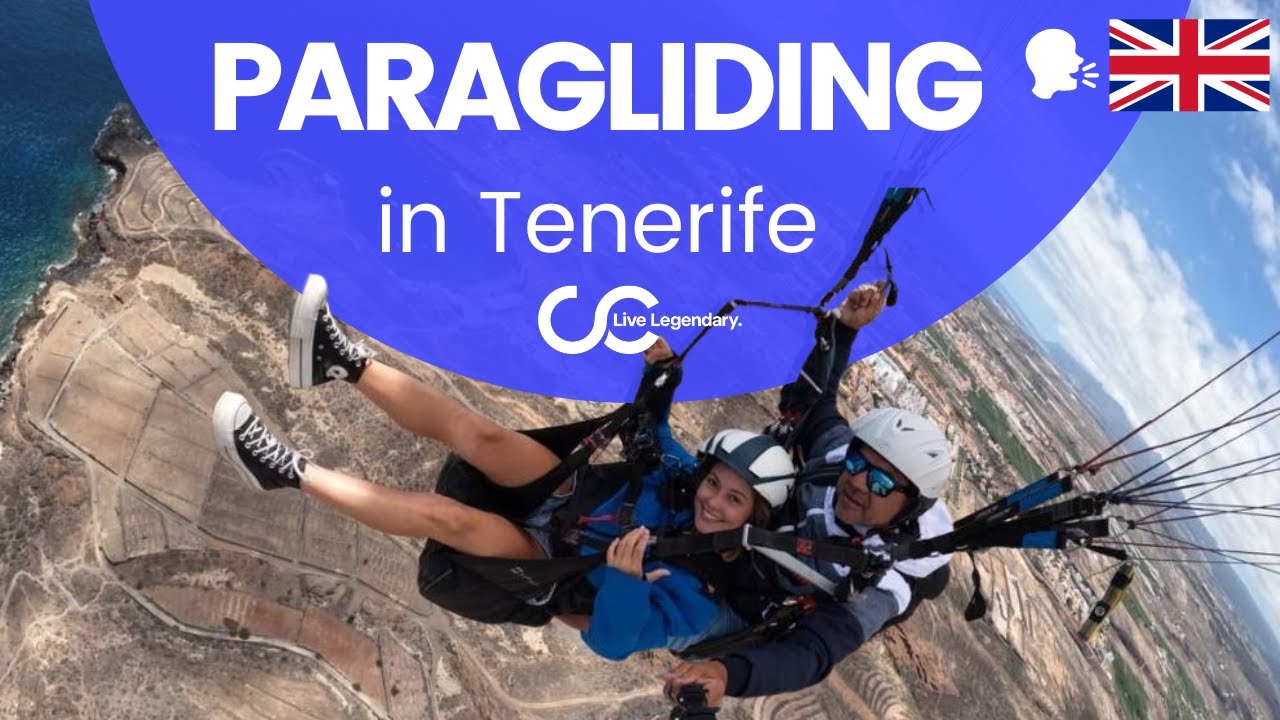 When it comes to adventure sports, we all know there are risks involved. Because of this, minimizing such risks is essential. The team of Tenerfly gives you the advantage of meeting all the requirements to fly safely: pilot attitude, competent instruction and safe equipment. Additionally, it is well known that the modern paraglider is a sophisticated aircraft that has been computer designed, flight-tested and certified to an international standard, which ensures that paragliders are very safe.

Can I go paragliding if I am  pregnant?

Technically, yes. However, like with every mountaineering sport, you can stumble and fall on the ground during the take-off and landing. So, it is advisable to wait until the end of your pregnancy to enjoy your flight to the fullest and make your experience absolutely carefree.

What is the weight limit for paragliding?

Tenerfly team uses an adjustable harness to cater for nearly every shape and size. They can easily cope with someone from 40 kg to 120 kg. If you are near or outside the extremes of these ranges, please let us know in advance and we will try to accommodate your size.

Are there any age restrictions?

A passenger must be 14 years or older. Anyone under that age must be accompanied by an adult or have the form signed by a guardian.

Can a person with a disability go paragliding?

Many people challenged with a disability can still enjoy the freedom of a tandem flight experience. Tenerfly team is keen to share their passion for flying with anyone who feels likewise. Please, let us know in advance what assistance you require to provide the service you need.

What do I wear and bring?

Wear shoes preferably with a closed toe to better protect your feet. Bring a jacket. Even if the day is hot, it is cooler when flying around in the sea breeze. On a cold day, it can be very chilly, so rug up. Wear mid-thigh shorts, long pants or tights, as you will be secured by harness straps that pass between your legs. Bring sunscreen, hat and water. Do not forget your swimmers and towel, since you will land close to the beach.

Can paragliding make you feel sick?

It is not common, but it can cause nausea. About 1 in every 50 people feel a little bit sick when flying but usually only if the pilot makes fast turns. Tenerfly staff minimises the possibility of you feeling sick by checking how you are feeling during the flight and before doing any fast turns. If you are not feeling well, the pilot will slow things down and will just cruise around to allow you to recover and enjoy. Either way, we recommend not eating two hours before paragliding to avoid feeling sick during the flight.

Tenerife paragliding, how does it work

You will be picked up at your hotel, in the south of Tenerife, and will be driven to the paragliding takeoff point. Depending on the trip you book, you will depart from Taucho or Ifonche, which are 10-minute drive from Costa Adeje and Las Américas. Once there, the instructor will give you some very simple directions for takeoff and landing, and will help you put on the paragliding gear. As soon as the wind goes under the parachute, your feet will slowly get off the ground and before you know it, you will be paragliding above Tenerife. At that point, all you have to do is enjoy the beautiful views and try to spot the other Canary Islands from the air. The instructor will let you hold a video camera, which you can use to record your paragliding experience.

The landing point varies depending on the weather conditions, but it normally is on the beach Playa de la Enramada, in La Caleta. After the paragliding trip, you will have the chance to celebrate your experience on the beach and have a drink in the cozy beach bar Coqueluche.

230 180€
You only pay a deposit to secure your spot. You will pay the remaining amount either during pick-up or at the paragliding instructor. On arrival please bring the remaining amount in cash. If this is not an option, you can alternatively pay by card. If you wish to pay the total amount in advance, please send us a message via live chat.
Information 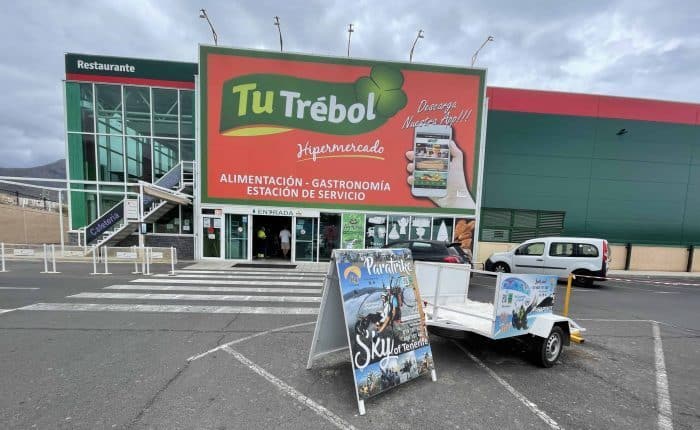 Paragliding is a highly weather dependent form of flight, and the weather in Tenerife is generally excellent. This makes paragliding one of the must-do activities if you are around. In addition, the prices of paragliding in Tenerife offered by Club Canary are more affordable than in other tourist destinations. Experience paragliding and fly above a volcanic island and enjoy the scenic beauty.

Fly Tenerife is the company name of the paragliding company with which Club Canary cooperates. Fly Tenerife has a team of top paragliding instructors under the leadership of Roberto with over 30 years of experience working for them.

Roberto himself has won several paragliding awards in Spain and the Canary Islands over the years and has an excellent reputation.

Besides flying with an experienced instructor with an official certificate from FELA and FAE, the Tenerife Fly instructors also know how to make their guests feel comfortable and entertained during the whole paragliding trip.

This wonderful excursion starts at an altitude of 800 meters and is the perfect choice for people who want to try paragliding. The paragliding flight duration always depends on the weather conditions in Tenerife. But, generally, the flight lasts between 15 and 20 minutes. While paragliding, you fly a large section over Adeje. The landing point is usually Playa de La Enramada.

With the Performance paragliding flight, you will go even higher than with the standard flight. You will start at an altitude of 1000 meters, and will be in the air for about 20-30 minutes. During this paragliding flight you will fly for a long part over Costa Adeje and Adeje. The landing takes place in Playa de La Enramada.

During the paragliding trip, you will enjoy staggering views from Teide volcano. Starting at an impressive altitude of 2250 meters, your experience begins; you can expect to spend about 30-60 minutes in the air. The landing point is usually Puerto de la Cruz. This may vary by weather conditions in Tenerife. Also note, weather conditions at this departure location can change quickly. Therefore, it is common that the Teide paragliding trip has to be cancelled or rescheduled.

Your Tenerife paragliding flight is cancelled

Please note that paragliding is a safe sport as long as it is done responsibly. Fly paragliding Tenerife knows the Canary Islands weather very well. And the last thing they want is to cancel a trip, but safety is above all. If the weather is bad, your trip will have to be cancelled or postponed. The guide will always contact you about this as early as possible. If the guide reschedules your date but the new date does not work out for you, you will get your full paid deposit back.