Snorkelling in Tenerife is a rewarding experience

Because of the year-round warm water temperature (19°C/66°F in spring and 23°C/73°F in autumn), snorkelling in Tenerife is extraordinary. Also what makes snorkelling in Tenerife so great, is the underwater visibility of over 20 meters. There is a lot of sea life to spot around the Canary Islands. Many people that have been to snorkelling, have spotted turtles, octopus, rays, cuttlefish, and a lot more beautiful ocean life in Tenerife.

Snorkelling equipment in Tenerife is available at various places. We recommend that you do not buy it in a supermarket shop but try a retailer such as Decathlon if you are looking for a decent snorkelling set. The Decathlon in Tenerife is located in La Laguna, which is in the north of the island. If you’re looking for something in the south of Tenerife, it’s best to check out a diving school. The prices here will be a more expensive, but the quality will be much better. Some diving schools in Tenerife also offer the possibility to rent snorkelling equipment like Atlantis diving school. Should you decide to go on a Tenerife turtle safari or a dolphin kayak trip with snorkelling with turtles, the equipment will be provided as part of the activity. 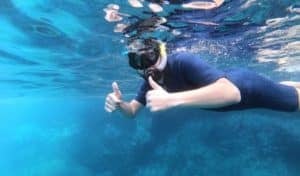 Snorkelling is one of the best water sports to do in Tenerife and can be done in a lot of places. If you are not the best swimmer or snorkelling is very new to you, we would recommend booking a Tenerife snorkeling excursion first. The tour guide will provide and help you with the snorkelling gear and will as well give you some great snorkelling tips. Besides that, this snorkelling tour will take you to a place where many turtles and rays come together. It gives you a great opportunity to snorkel with turtles in Tenerife. If you would like to go by yourself, then check out some of the best snorkeling spots in Tenerife down below. 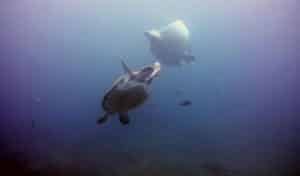 This small Canarian village is without a doubt a great snorkelling location in Tenerife. That is because of the easily accessible beautiful reef which is a 2-minutes swimming distance from the cozy beach of Abades. Open the location here in Google Maps. 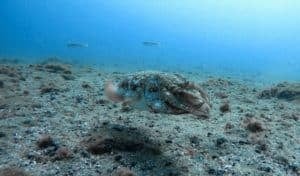 Alcala is a beautiful snorkelling location but the rocky entrance can sometimes make it a bit tricky. However, there’s a good chance to find here the Tenerife turtles. Open the location here in Google Maps. 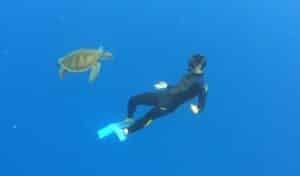 El Puertito is a beautiful bay where many Tenerife yachts stop for a break. It is easily accessible for snorkelling. El Puertito was formerly known as the best location in Tenerife to snorkel with turtles. We rarely see them there now but you can still see a lot of nice fish near the rocks. Besides snorkelling, the beach in El Puertito is a great place to relax while spotting the boats. Open the location here in Google Maps. 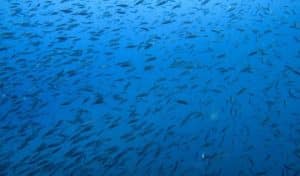 The water near Punta de Teno is beautiful and there are many underwater caves to explore. However, this location is more suitable for experienced snorkelers. In addition, Punta de Teno is also a wonderful place to stop during your Tenerife road trip. The beach, along with its lighthouse, lies in the remote west of Tenerife and the journey towards it is truly breathtaking. Open the location here in Google Maps. 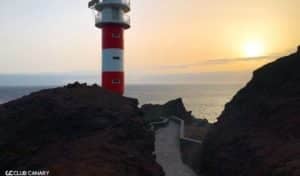 For those who want to snorkel in Tenerife with a guide, another popular option is to combine it with a kayak excursion in Tenerife. The guide will accompany you with a kayak to a place in Tenerife where we normally see turtles and rays, and with a little luck, you can even come across dolphins during this kayak tour. 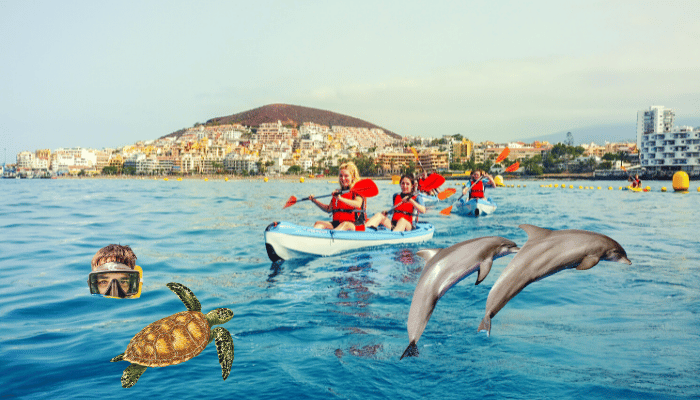 Snorkeling with turtles in Tenerife is rated number 16 of the TOP 30 best things to do in Tenerife.

Best things to do in Tenerife
Back to home
Tenerife snorkelling