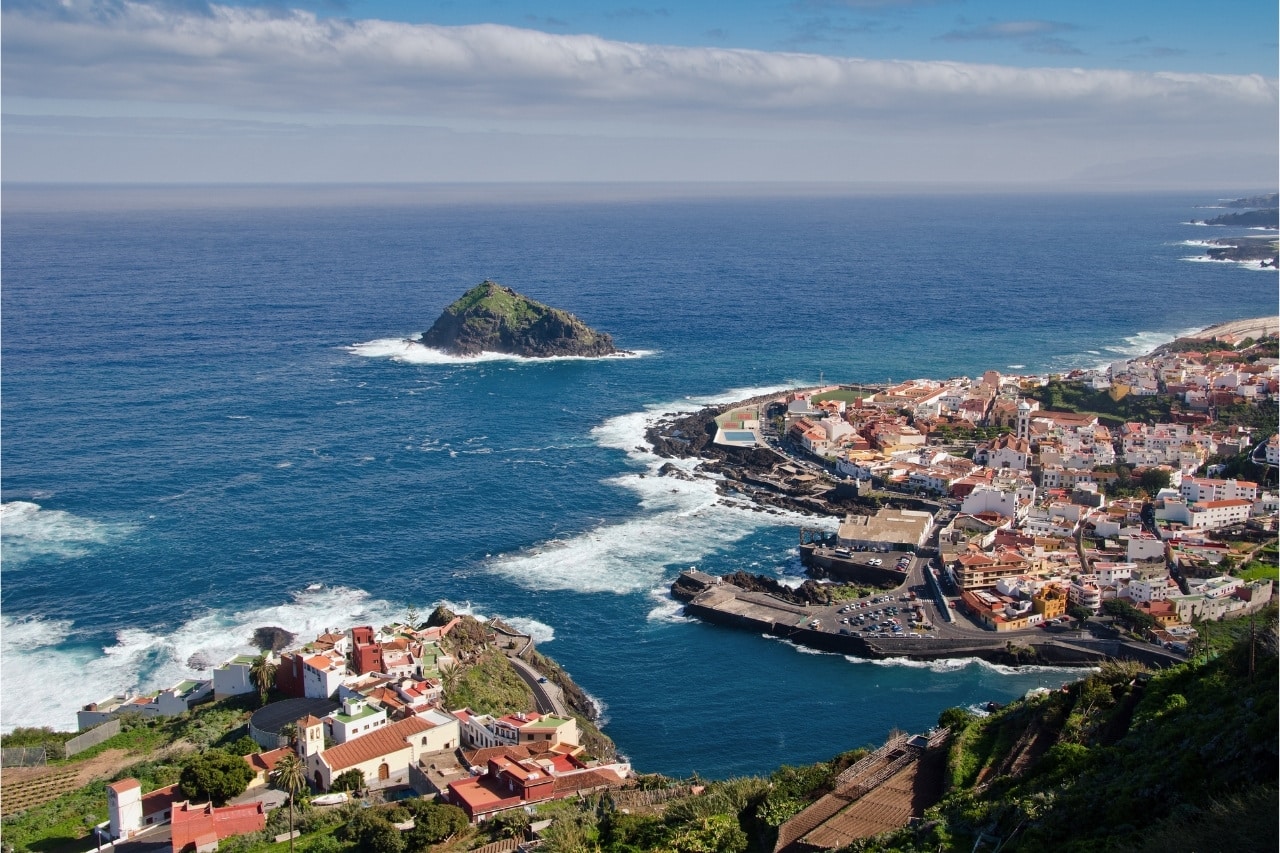 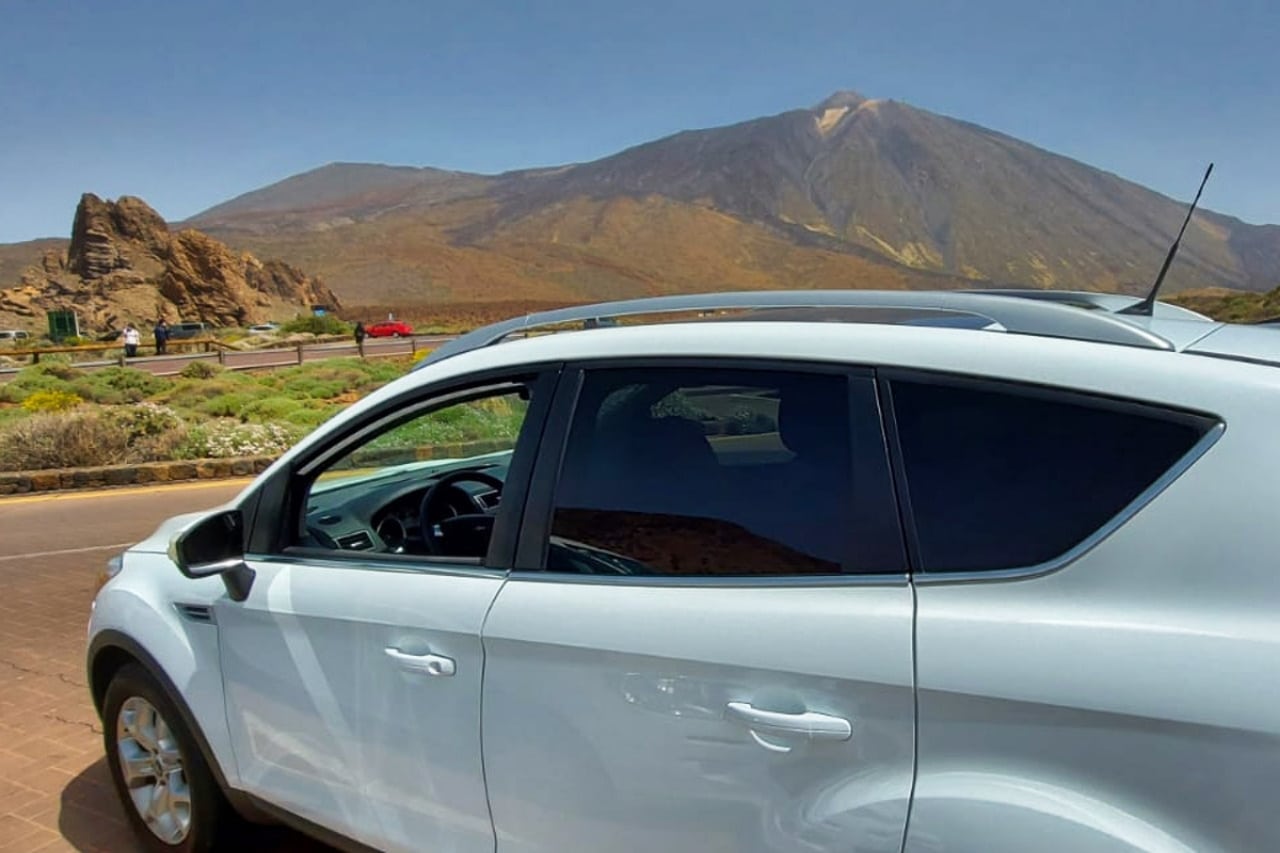 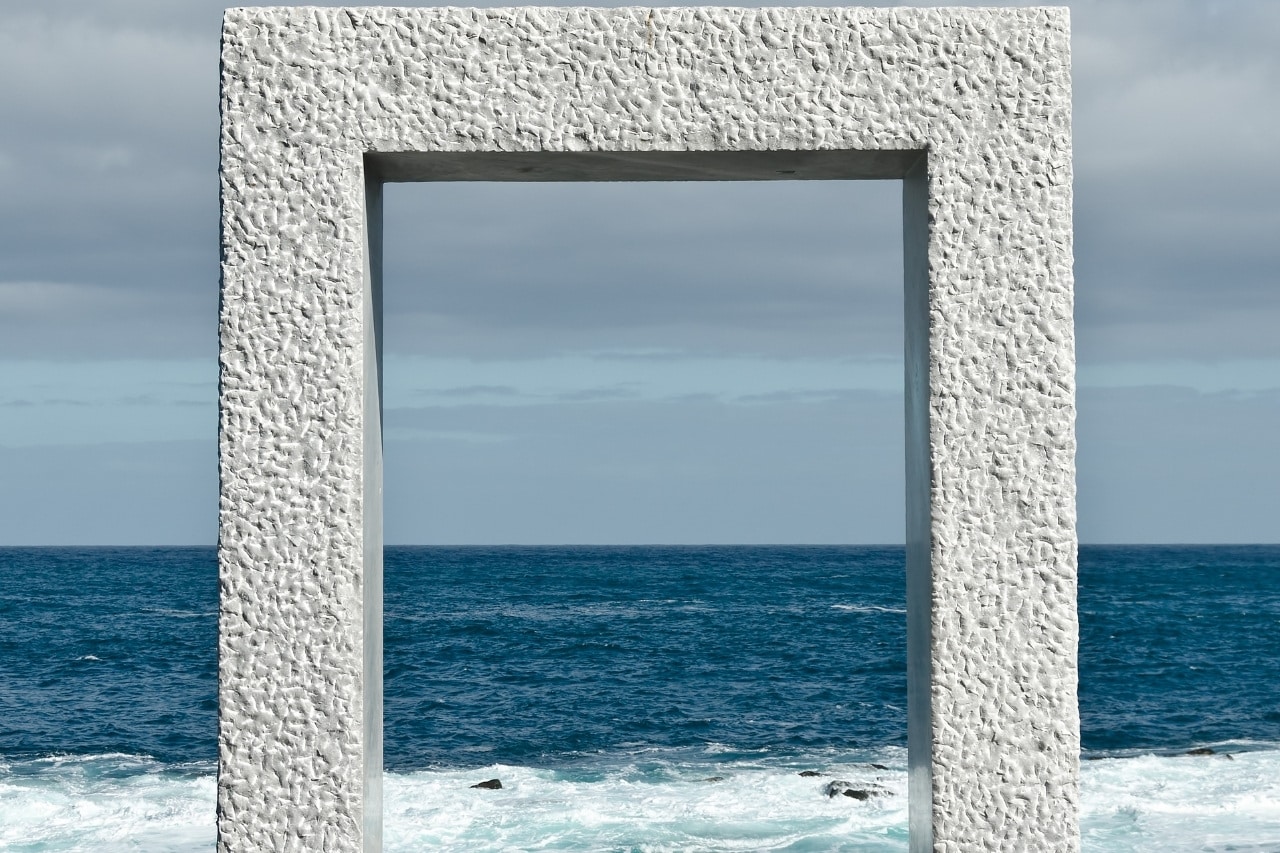 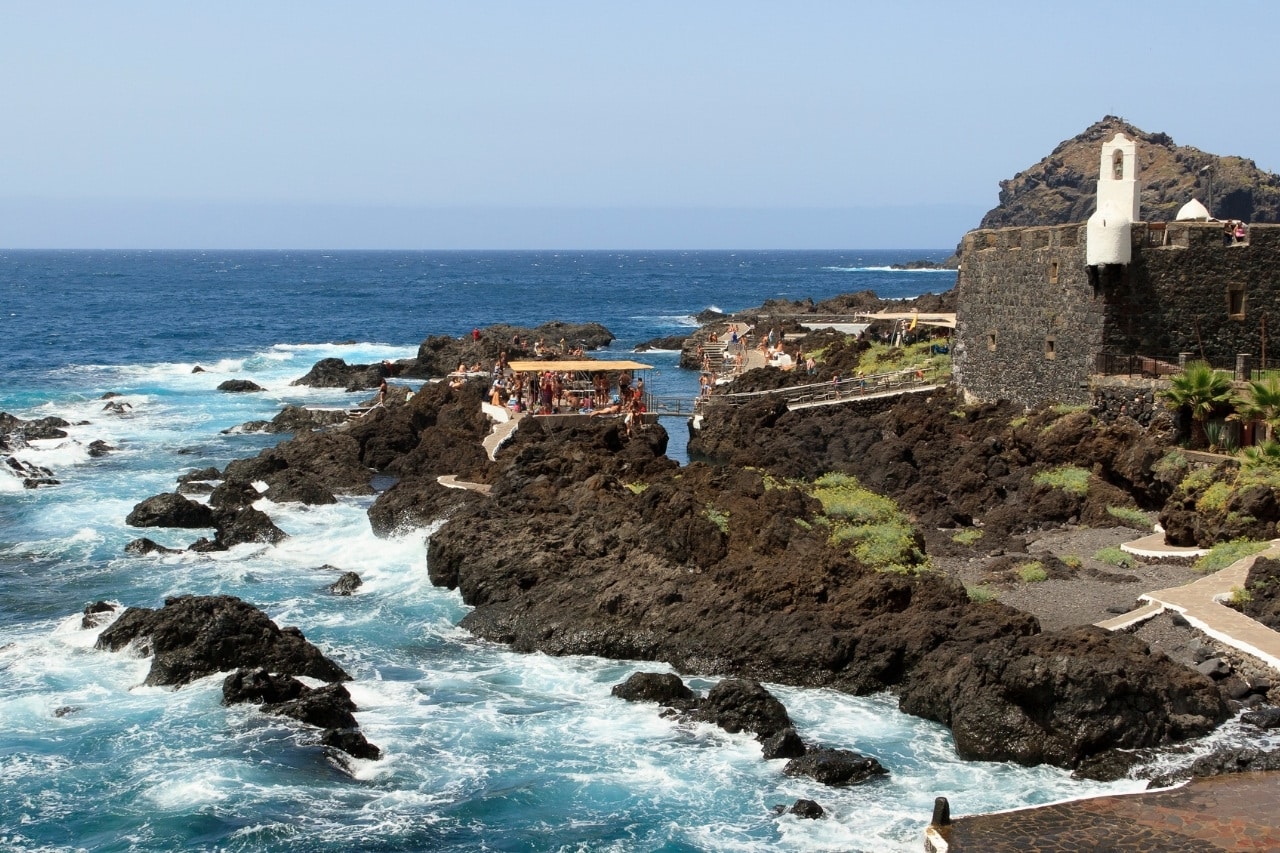 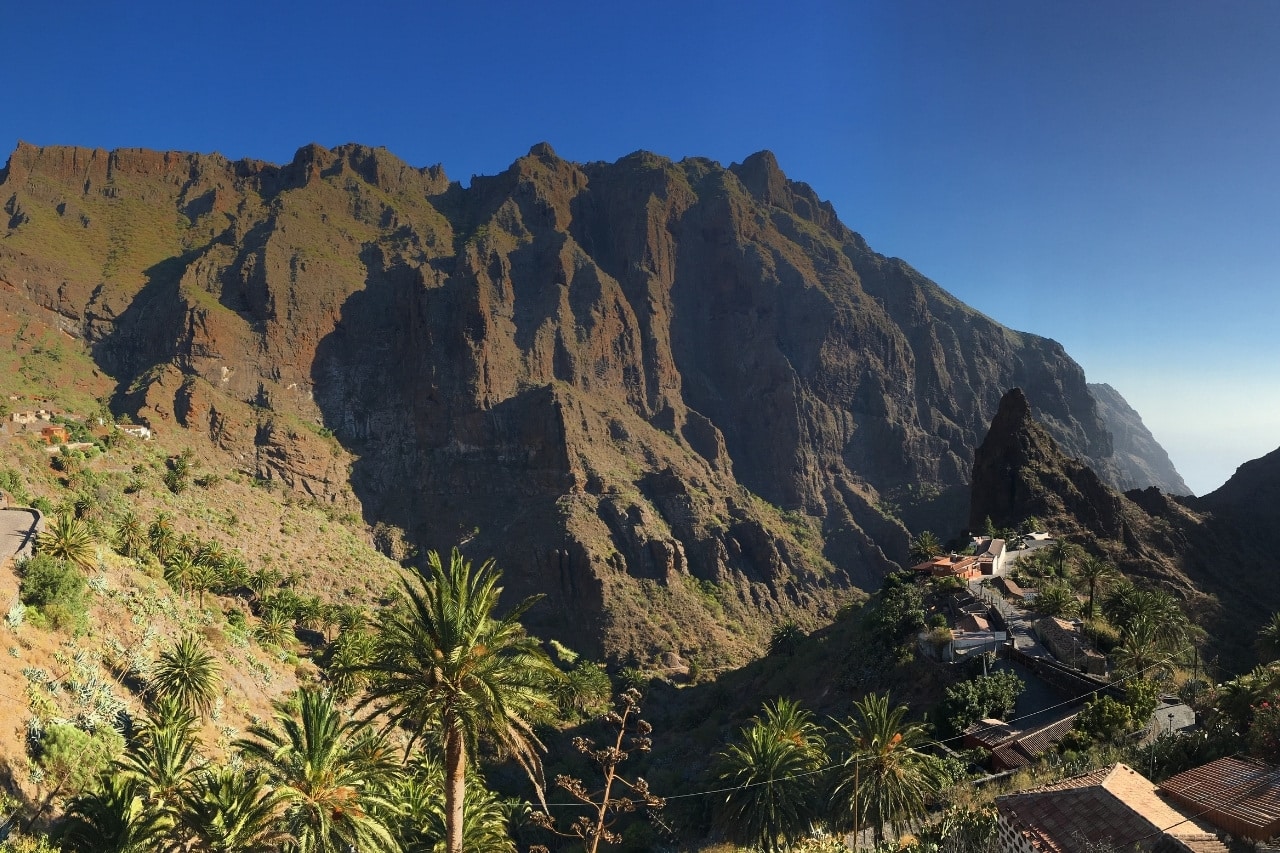 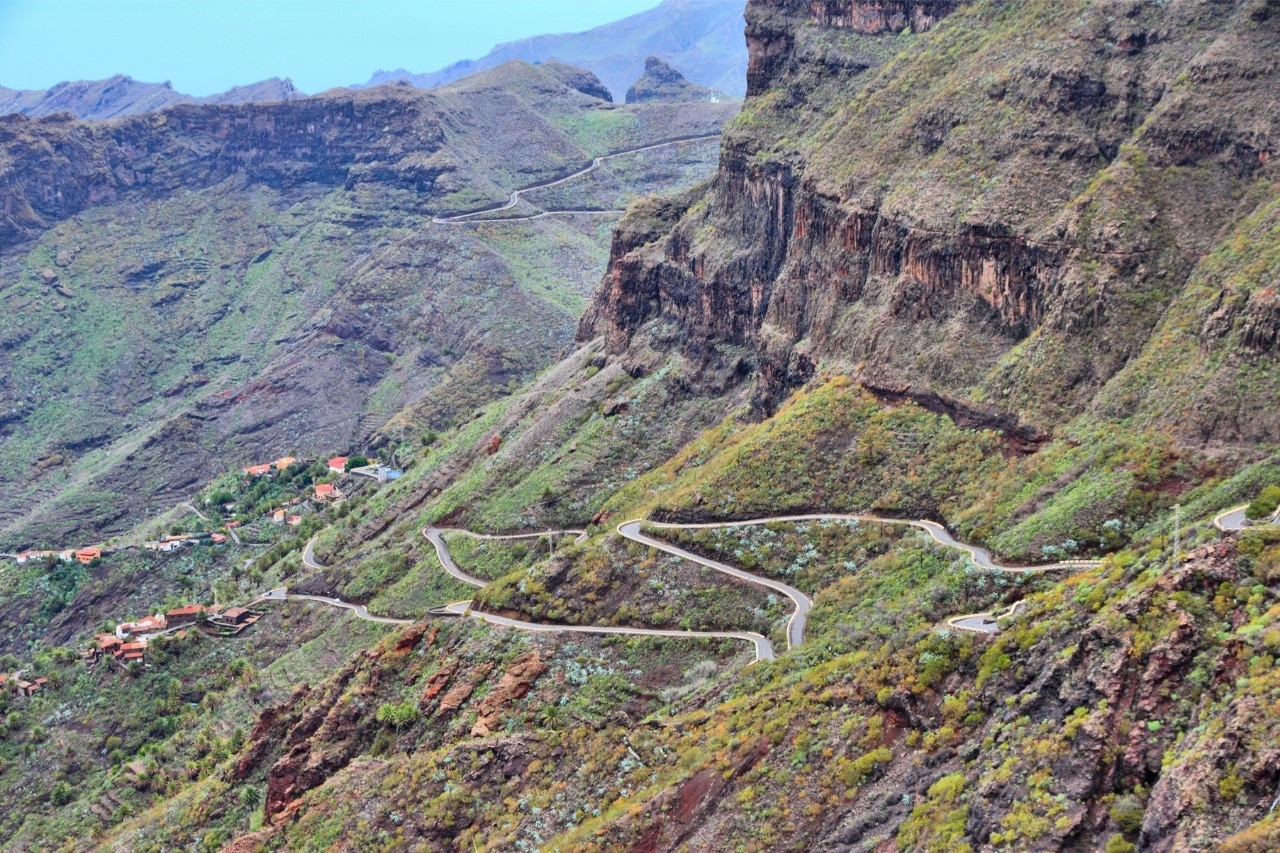 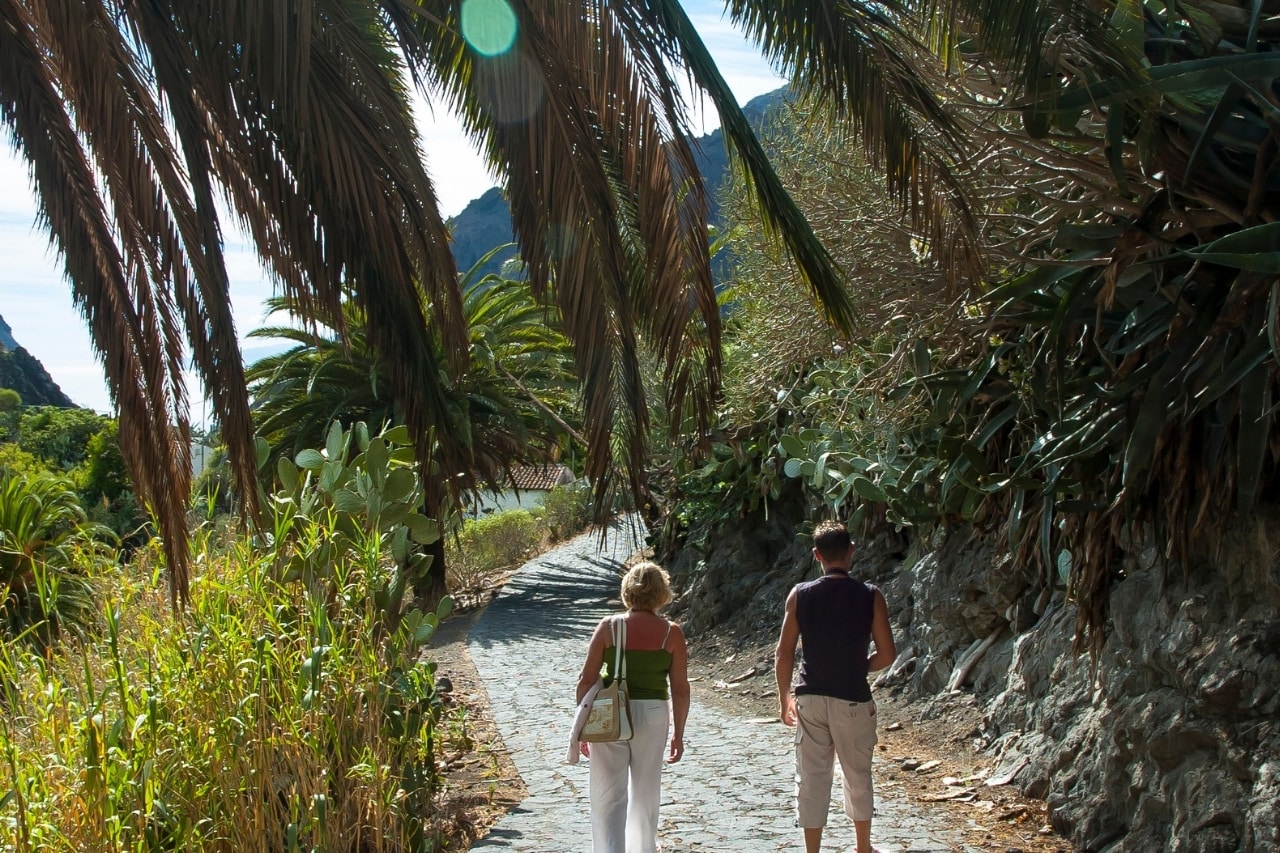 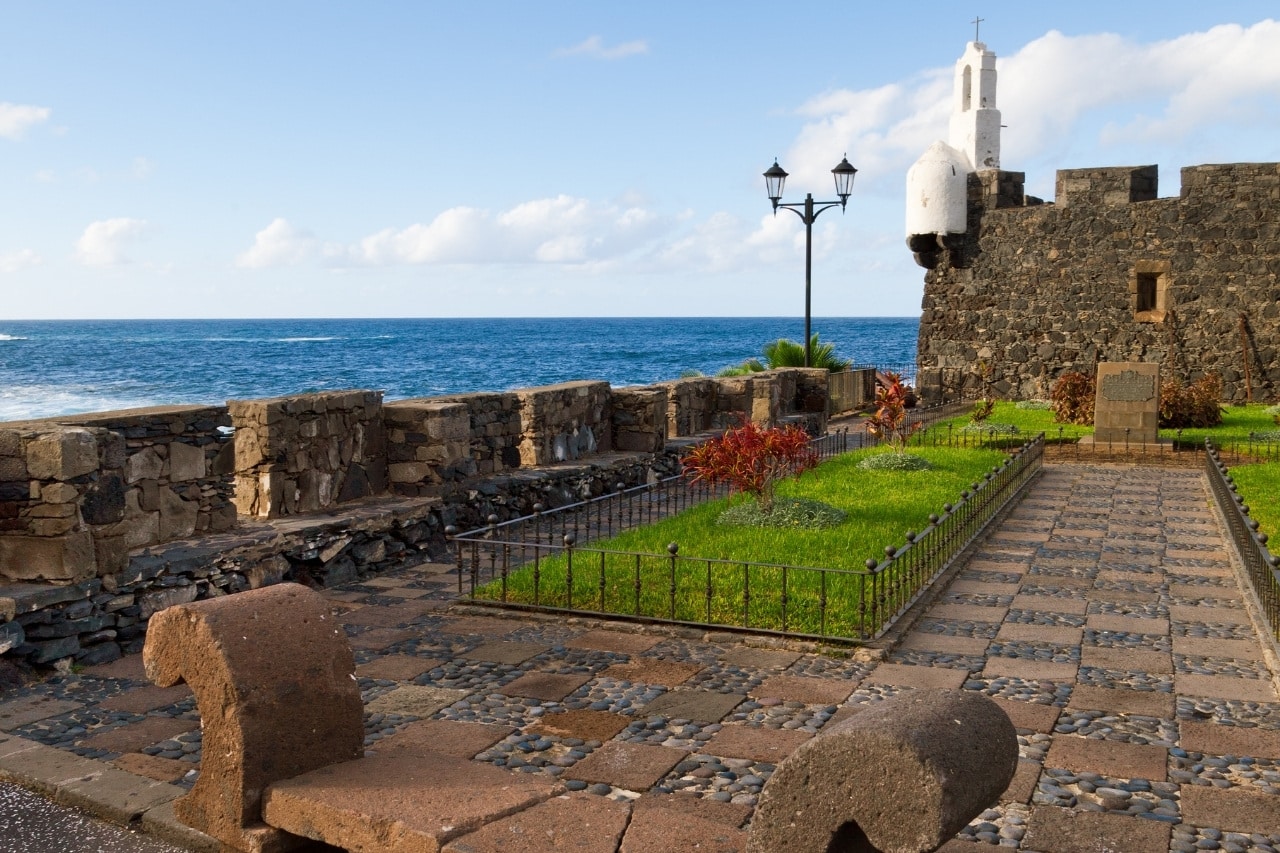 Private West Tenerife tour is rated number 26 of the TOP 50 best things to do in Tenerife.

Masca village will be the first stop. This location is exceptionally beautiful. It’s known for being one of the most stunning views in the Canary Islands. Here you can take some spectacular photos of this beautiful landscape.

In the next village, Los Carrizales, it is the moment for a short hike, perfect to appreciate and admire nature. If you enjoy hiking, Tenerife is the ideal place for it.

The next stop will be Garachico, a Northwest village in Tenerife. During this brake, you can taste a delicious coffee with cake. Here you will find one of the most amazing natural swimming pools of Tenerife, El Caletón.

The Mirador de Chirche is a beautiful viewpoint where you can also find a lovely restaurant. From here you have the opportunity to end the day with a coffee while admiring the view of Los Gigantes cliffs.

You will have the opportunity to take a short walk on this volcano. In this 2,100 meters high volcano you can enjoy stunning views over a series of volcanic cone. It also overlooks the beautiful Canarian pine forest.

On Tenerife you have many volcanoes El Teide is the most famous but Pico Viejo is also a volcano in its own right. The volcano is the second highest peak in Tenerife and the Canary Islands with a height of 3135 m above sea level. The last eruption of Pico Viejo took place in 1798, spewing out about 12 million m³ of black lava in 92 days. Definitely worth checking out the view of the volcano eruption site during this private trip from Tenerife stars.

Los Roques de Garcia is the most remarkable place in Teide National Park. It is a beautiful rock formation, and is considered the entrance to the Teide National Park. Depending on your needs, you can choose to follow one of the beautiful hiking trails through the national park or enjoy a drink and relax at the cafeteria with your guide.

In the village of Vilaflor you will find the oldest and largest pine tree “El Pino Gordo”. It is a popular stop among tourists, because there is a little park here with this very unusual tree. The tree is known as one of the oldest Canary Island pine trees. “El Pino Gordo” is so thick that you need up to 5 people to make a human chain around the tree. Great moment for making some Tenerife photos!

The private island tours are held in a Renault Traffic, which has 8 seats available. The car is cleaned after each tour and the fuel prices are inclusive of the trip. Air conditioning can be adjusted to how you like it, and music of your choice can also be played.

Depending on your booked day and availability sometimes private island tours for groups under 4 people are held in a new car with a luxury edge. 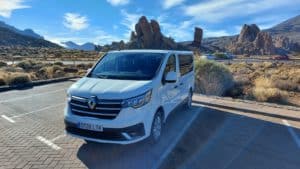 Private island tour to the west side of Tenerife

In Tenerife every place you visit is different and unique. In the west of Tenerife you can contemplate landscapes which are very different from the southern part of the island. During this private tour, you will discover the amazing volcanic landscapes that were formed after volcanic eruptions. With this private tour, you will have the opportunity to visit the island in a more exclusive way that you could not normally do on a bus tour. If you are interested in visiting the whole island, we recommend you to do this West Tenerife Private Tour one day and take the North Tenerife Private Tour another day.

Masca is one of the most popular tourist places in Tenerife. You cannot leave Tenerife without visiting this unique place. This small village is located in the Teno Rural Park, with an altitude of 680 meters above sea level. In Masca there are deep ravines and cliffs that end up in the Atlantic Ocean. During the stop at the viewpoint of Masca, spectacular photos of the landscape can be taken. Later, you will have time for a nice coffee next to the local church with a beautiful huge ficus tree of a few hundred years old.

Garachico has an extensive historical and artistic heritage preserved for the enjoyment of its inhabitants and visitors. This village was completely rebuilt after the city was entirely destroyed by the lava flow of the black volcano in 1706. This village is recognized for the old castle of San Miguel, the Roque de Garachico and the Church of Santa Ana. You will also have time to admire the famous natural swimming pool El Caletón, as well as take some nice pictures at the Tensei Tenmoku monument. Therefore, you can taste a delicious artisan ice cream while enjoying a stroll by the beach.

The Small West Tenerife island tour will be a shorter tour, but with everything you need to discover the West part of the island. After picking you up at your hotel, the first stop will be in Masca. You will have enough time to visit this old pirate village. We drive on to the next village Los Carrizales where you have the opportunity for a short walk. To arrive at Garachico, we drive along the winding road that crosses the mountain and arrive on the Northwest side of the island. In Garachico we will stop at all the most outstanding spots of the place. In Icod de los Vinos we can visit a beautiful garden with the oldest Dragon tree of the Canary Islands (el Drago Milenario) about 1000 years old. In addition, we can try great wines from that región. Before we return to your hotel, we will pass a viewpoint overlooking the entire north of the island and drive through the laurel forest of Erjos.

During this tour you will not visit the Teide, therefore you will have more time to enjoy the highlights and make more stops for lunch or a drink. For an exclusive Teide experience, we recommend you to book the Teide Private Tour.

On this Extended West Tenerife island tour you will also have time to visit the highlights of Masca and Garachico. After visiting these two important villages, we drive towards the Teide National Park. A short stop will be made at the viewpoint of Chirche, where you can take some stunning photos. Thereafter we drive a little further in to the Teide National Park, the lava flow of the Boca Cangrejo volcano can be seen. Subsequently, you have the opportunity to take a short walk to the crater of the Sámara volcano. The next stop will be “El Pico Viejo”, the old peak of the Teide. Finally, you will arrive to the Parador del Teide. Here you can appreciate the famous rocks “Roques de García”. To return to the south, we will drive down through Vilaflor. In the village of Vilaflor you will find the oldest and largest pine tree “El Pino Gordo” for our last photo break.